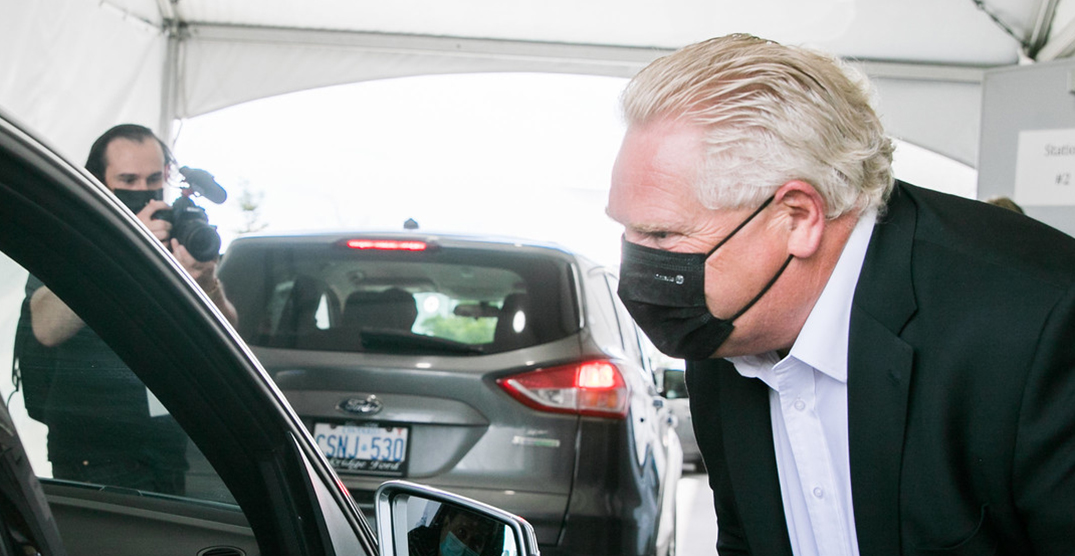 Premier Doug Ford says he’s on board for an early transition to Step 3, pending approval from the chief medical officer of health.

The province transitioned to Step 2 a few days ahead of schedule, and plans to move into Step 2 two days sooner than the planned date.

The premier says he just needs the green light to shorten the 21-day waiting period between Step 2 and 3 from Chief Medical Officer of Health Dr. Kieran Moore, who took over the job from Dr. David Williams on June 26.

“I think it’s going to come sooner than later. The numbers dropped again,” Ford said during a news conference in Bracebridge on Monday. “We need to get the economy booming.”

The province is scheduled to move into Step 2 on June 30, and the reopening framework requires a 21-day buffer between each step. That means Step 3 could begin on July 21.

Hair salons and amusement parks can reopen in Step 2, but indoor dining will remain closed until Step 3.

“The only things not open are indoor dining, which is gonna happen, and … the casinos and strip joints. They’re the only three things that aren’t open … and gyms,” Ford said Monday.

Ontario has already met its vaccination targets to enter Step 3, with three-quarters of adults having one shot and more than a quarter fully immunized.

But Ford said it’s not his decision alone as premier to open the province. He wants Moore’s approval before lifting more restrictions.

During a June 24 press conference, Moore said indicators right now are optimistic and he plans to lift more restrictions in mid-July.

“We have to really go slow and steady in the face of the Delta strain becoming the dominant strain in Ontario,” he said. “What will get us through this is increasing our immunization rates. That is our prevention strategy against all strains circulating in Ontario at present.”