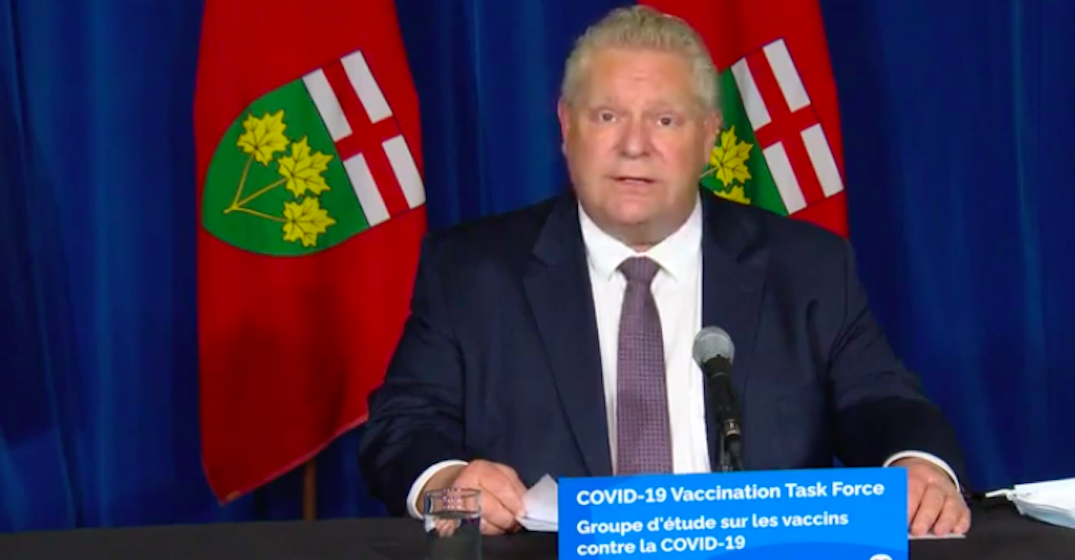 “If you’re questioning, ‘Should I go out?’ You got the answer: Stay home, or stay à la maison. That’s simple, it’s very simple. Stay home. I don’t know what more I can describe, and for anyone who says, ‘Elected officials, you aren’t being responsible,’ the message is simple: Stay home.”

After the premier announced the order on Tuesday, Ontario NDP leader Andrea Horwath blasted the government’s inaction with the new orders.

“According to the government’s own medical advice, more people are going to suffer and die as a result of Doug Ford’s refusal to act — his refusal to invest in more protections and to close loopholes,” said Horwath in a statement.

“Hospitals are in the process of being overwhelmed, and long-term care homes are in the grips of a deadly crisis. Thousands more people are getting sick every single day. The half measures and loopholes must stop.”

Mayor John Tory responded in a press briefing saying that the message to stay home has been around for “a long time.”

However, he noted that the onus is on those making the rules to make sure they’re clear and consistent across the region and province. The City has yet to receive the regulations and legalities from the province to respond to the orders and how they must be implemented.

Tory added that he is working well with the premier and supports the new orders.