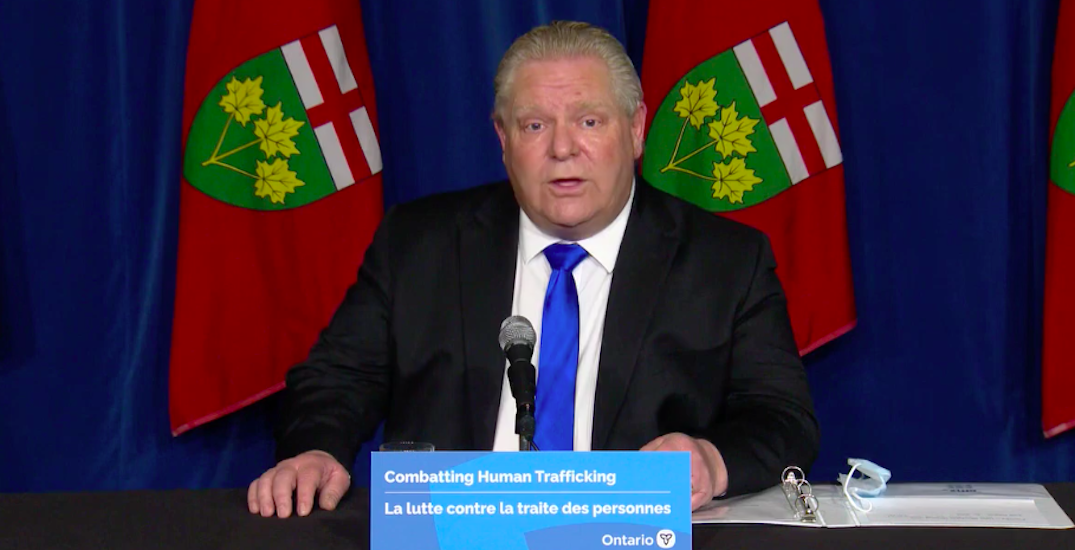 Premier Doug Ford defended Ontario’s decision, for what he said was the “100th time” to not provide COVID-19 paid sick days, reiterating that the federal program gives enough compensation.

During a press conference on Monday, when asked about not providing paid sick days, he responded, “I don’t know how many times I have to repeat it, but I’ll repeat it for the 100th time.”

“The taxpayers out there, I ask you, would you want the federal and provincial government to double-dip into your pockets when there’s a program already in place?”

Ford said that “all the way back from September,” he fought to get $1.1 billion from the federal government for paid sick days for the entire country, but they were only given $319 million.

“We’re in much better shape than we were before.”

On Friday, Prime Minister Justin Trudeau announced that the Canada Recovery Sickness Benefit (CRSB) would be extended from two weeks to four.

“The Canada Recovery Sickness Benefit (CRSB) gives income support to employed and self-employed individuals who are unable to work because they are sick or need to self-isolate due to COVID-19, or have an underlying health condition that puts them at greater risk of getting COVID-19,” the government website reads.

Those who are eligible can receive $500 each for a one-week period.

Ontario’s Official Opposition has criticized the Ford government for not providing paid sick days at the provincial level.