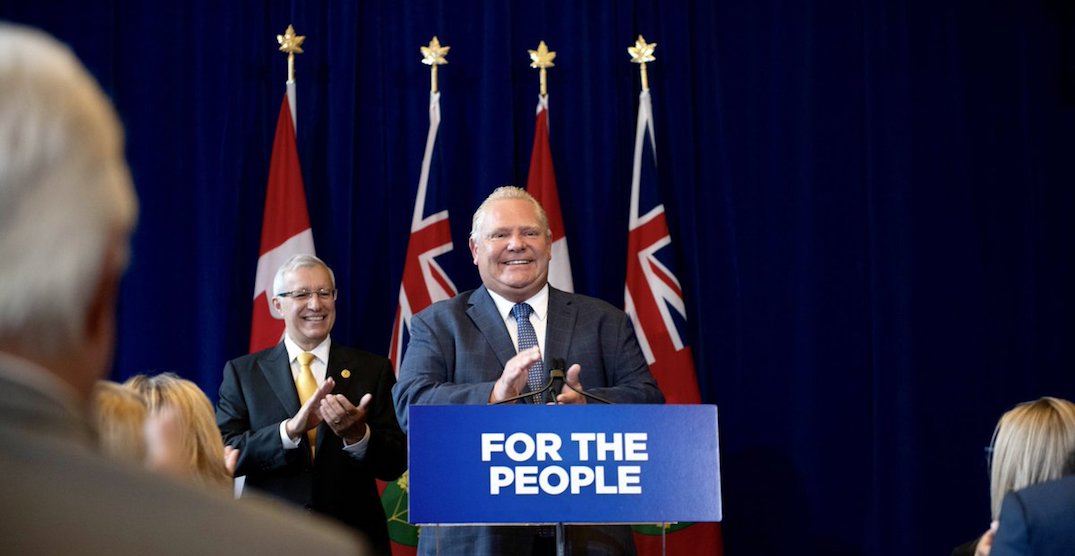 Ontario elementary and secondary schools are the latest institutions to face major cuts from the provincial government after Premier Doug Ford announced his plans to slash funding for specialized programs.

The cuts will affect a number of initiatives that encourage physical activity for students, in-class tutors for children, and support for racialized youth, according to a release from the Ontario NDP Party.

MPP Marit Stiles, the NDP education critic, said the cut will be “deeply felt” by students across the province, adding, “Doug Ford’s cuts in classrooms are callous, and will only make the education and learning outcome challenges Ontario is facing even worse.”

According to the release, on Friday evening, the Ford government sent a series of memos to school boards about its decision.

The memos outlined “funding that will continue, funding that will be cut, and funding that’s entirely eliminated.” However, “more than a dozen” existing programs are still uncertain, including funding for special needs students, which already faced cuts and underfunding from the Liberal government.

“He may have thought he was being sneaky by making these cuts in the dead of a Friday night, but he won’t be able to hide the pain and disappointment students, teachers, educators and parents will feel as a result,” said Stiles.

The full list of reduced and cancelled funding is still being tallied among dozens of separate memos to each school board, but Stiles said the NDP will be fighting every cut.

“This is not a price our children should have to pay,” said Stiles. “They deserve better. They deserve more opportunities and resources, not less.”

“It will undermine their chances of success. These are programs that have demonstrated success and are rooted in real need. Reckless and irrational.”