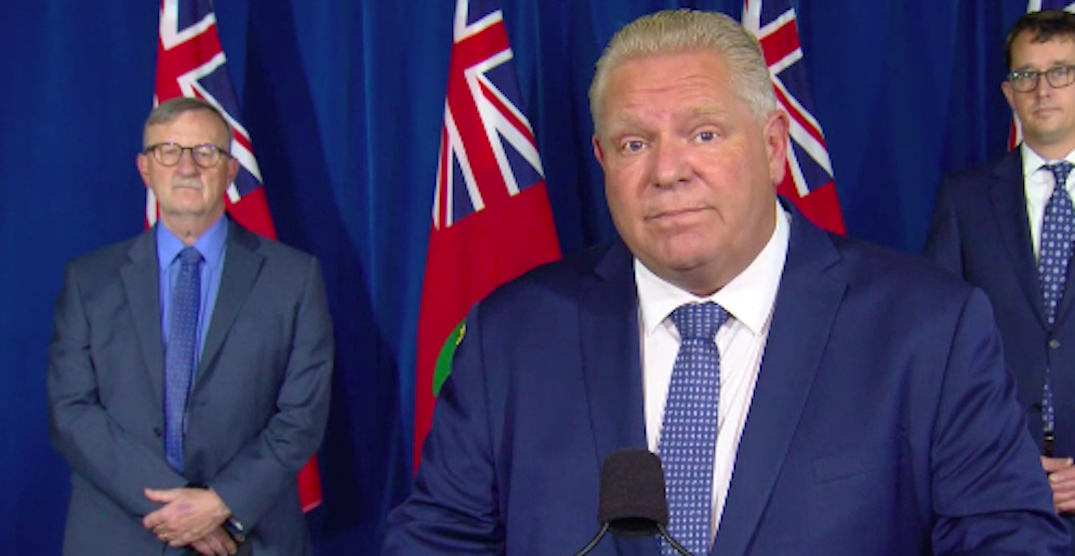 Premier Doug Ford said that the new COVID-19 measures for hotspots, which are set to be announced tomorrow, “will have to be tough.”

During a press conference on Thursday, Ford said they must “avoid the worst-case scenario” as cases continue to remain high.

“We’ll do whatever it takes. Tomorrow we’ll release further public health restrictions, and as it’s looking, these measures will have to be tough in our hardest-hit areas.”

The premier added that there are “concerning trends” with hospital and ICU capacity, and the virus continues to pose a prominent risk at long-term care homes.

“There’s been difficult but some necessary decisions to make. The people of Ontario need to listen, especially as the holidays are approaching.”

But Ford said the numbers could come down before the holidays if people strictly follow public health advice.

When asked about the ICU threshold officially being met with 150 patients, Ford said that backlog surgeries would continue and that they have added surge capacity with more ICU and acute care beds.

It was also noted that there would be business support for those that might have to close with the new measures. The premier said they would cover all fixed overhead costs with hydro, rent, payroll and propriety taxes.

On Wednesday, during a press conference, Ford said, “We continue to see troubling numbers in Peel, Toronto, and York Region. It’s spreading at alarming rates in these areas.”

Ontario daily case counts have been above 1,000 for the last 14 days.

There are a total of 99,372 confirmed cases of COVID-19 in the province reported to date.