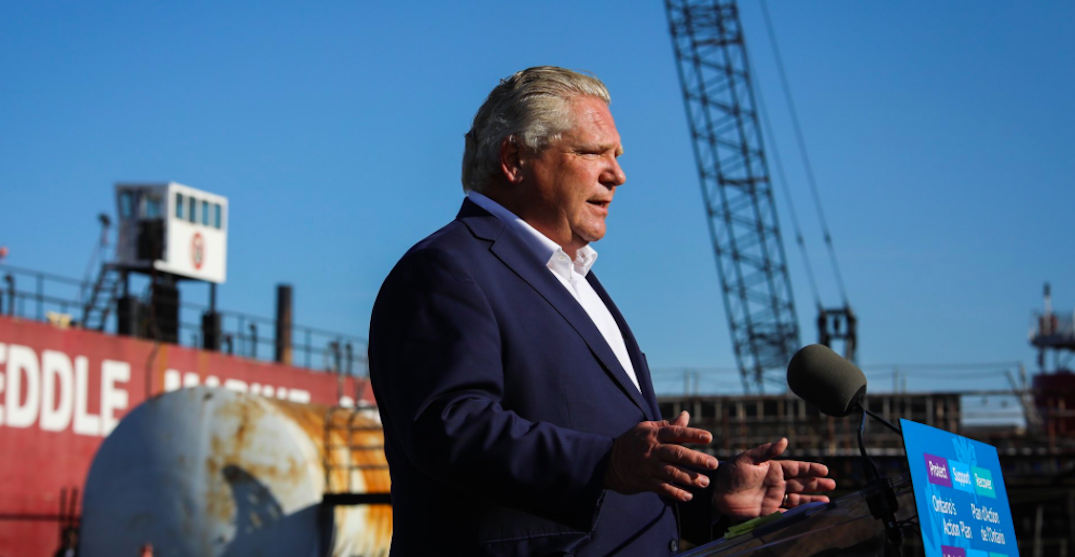 Premier Doug Ford is set to make an announcement after Ontario health officials projected the province could see over 6,000 daily COVID-19 cases by mid-December.

Ford will be joined by Christine Elliott, Deputy Premier and Minister of Health, and Dr. David Williams, Chief Medical Officer of Health.

At a 5% positivity rate— meaning the number of people who receive a positive test result— Ontario would exceed France, Germany, and the UK by mid-December with over 6,000 cases and would exceed 3,000 cases daily by November 27.

In the modelling, Ontario is being compared to jurisdictions that began their second wave and are all currently in a complete lockdown.

However, 5% positivity rate is likely where Ontario will be, and is in fact a conservative number, as the growth rate in the last three days has been 6%, health officials said yesterday.

The press briefing will take place at 2:30 pm at Queen’s Park.