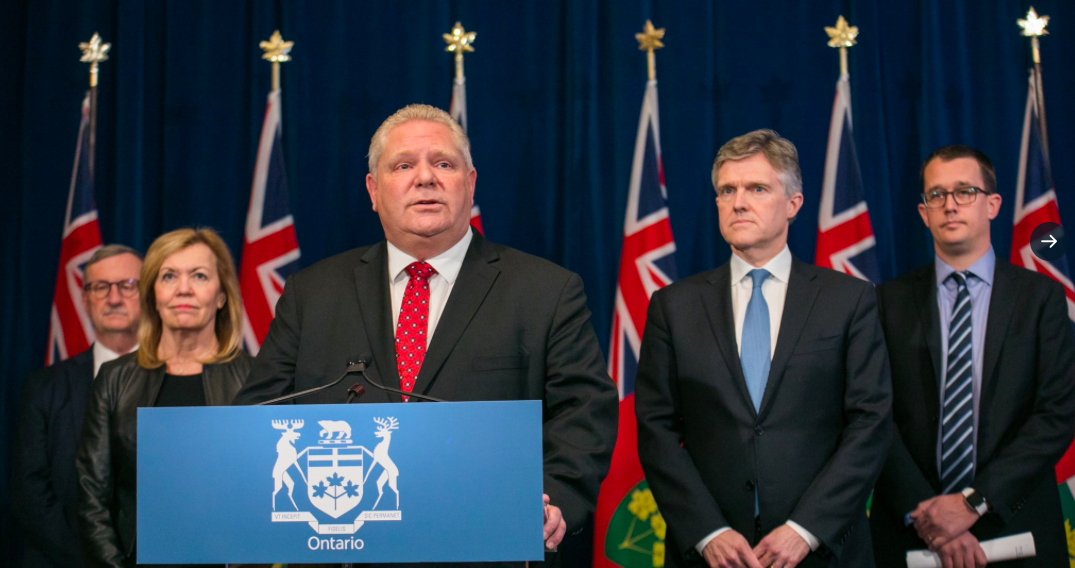 Premier Doug Ford is expected to make an announcement on further COVID-19 preventive measures, as cases in Ontario continue to spike.

Ford will be joined by Christine Elliott, Deputy Premier and Minister of Health, Rod Phillips, Minister of Finance, Dr. David Williams, Chief Medical Officer of Health, and Adalsteinn (Steini) Brown, Dean of the Dalla Lana School of Public Health at the University of Toronto.

Earlier on Friday, the province reported 939 new COVID-19 cases — the highest single-day count since the pandemic began. It broke the record for Thursday’s 797.

Due to the high number of cases, Ford’s cabinet will now be holding a meeting to consider tighter restrictions to stop the spread of the virus, CBC reports.

According to the CBC, Ford’s cabinet will go into an “emergency meeting” at 11 am to possibly implement new restrictions in the province’s hotspots.

The restrictions would include the closures of indoor dining as well as gyms.

The press briefing will be at 2:30 pm at Queen’s Park.