Cancelling the cap and trade program will worsen Ontario’s annual budget balance by a cumulative total of $3 billion over the next four years.

This according to a new report issued by Peter Weltman, Ontario’s Financial Accountability Officer.

“This deterioration in the government’s budget balance occurs because the loss of cap and trade revenues will exceed the savings from cancelling the related spending programs” says Weltman.

The FAO’s report also compares the financial impacts that households and businesses would face under the cap and trade program compared to the federal government’s carbon pricing plan. 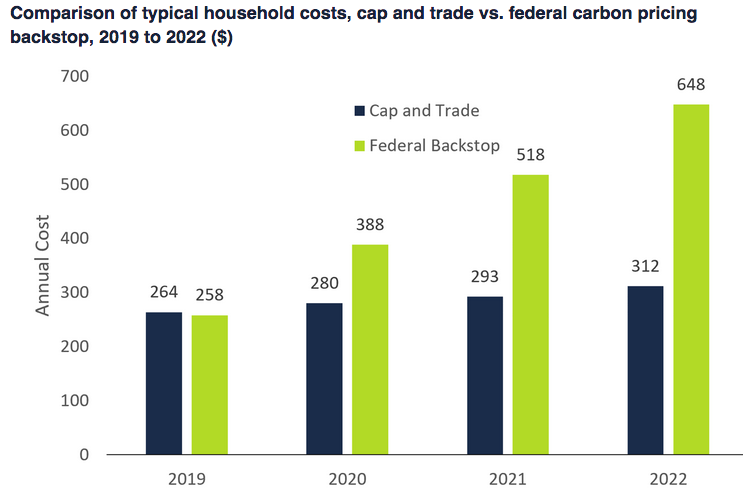 Until the Province’s new climate change plan is announced, along with new emissions reductions targets, the FAO says that “there is a significant risk that the $420 million in federal funding earmarked for Ontario may not be provided to the Province.”

In July, the Ontario Progressive Conservative Party announced it was introducing legislation to eliminate the cap-and-trade carbon tax in the province. At the time, Environment Minister Rod Phillips announced the legal framework to wind down the program that would help reduce gas prices by 10 cents per litre.

“With the end of most cap and trade-related spending programs, there are two main ways that potential liability could arise,” states the report.

First, if the Province entered into a contract in connection with a cancelled program, the Province will still need to meet its obligations under the contract, it said.

Second, as part of the wind down of the spending programs, the Province will be exercising its discretionary administrative authority.

“The recent court decision regarding Tesla Motors and the Electric and Hydrogen Vehicle Incentive Program noted that the Province cannot exercise its administrative discretion in an arbitrary way,” says the FAO.