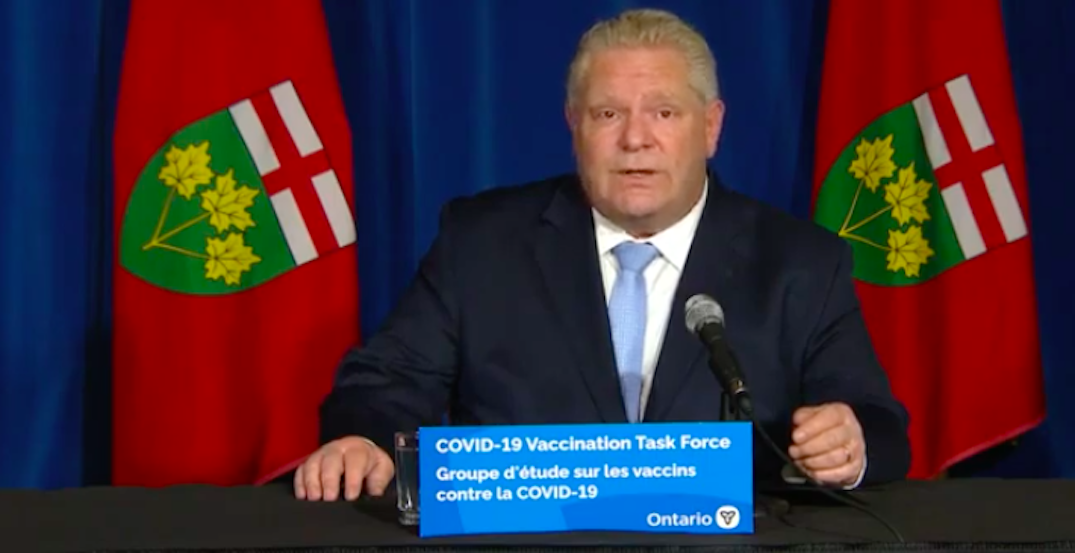 Ontario Premier Doug Ford is asking the federal government to implement pre-departure testing for passengers travelling in and out of Canadian airports.

At a press conference on Tuesday, Ford said the situation at Canadian borders and airports is “absolutely critical.”

“We have over 60,000 international passengers coming into Pearson airport each week with minimal checks in place right now,” said Ford. “As we know, this deadly new strain of COVID-19 [is] spreading around the world at an alarming rate, and we just can’t take unnecessary risks.”

Ford went on to say that while Ontario is doing its part by shouldering a “terrible” burden, there is not enough being done to protect from what may be coming into the province through travel.

And without further action, Ford said Ontarians remain at an “extreme risk.”

On Sunday, all flights entering Canada from the United Kingdom were banned, after British health officials identified a new variant of the virus that may be up to 70% more infectious than the original strain.

At an earlier Federal press conference on Tuesday, Dr. Theresa Tam, Canada’s Chief Public Health Officer, said that the virus’s new variant had not been found on Canadian soil.

“To date, Canada has not identified the new variant of the coronavirus under investigation in the United Kingdom,” Tam said. “We will, of course, inform people as this goes along.”

Public Safety Minister Bill Blair said that enhanced COVID-19 screening has been put in place at all Canadian airports and points of entry for travellers who may be arriving from the UK indirectly.

This is the second day that Premier Ford has alerted to the lack of testing taking place at Pearson airport. According to Ford, this “bare minimum” request has been ignored.

“We are partners. We want to work together.”