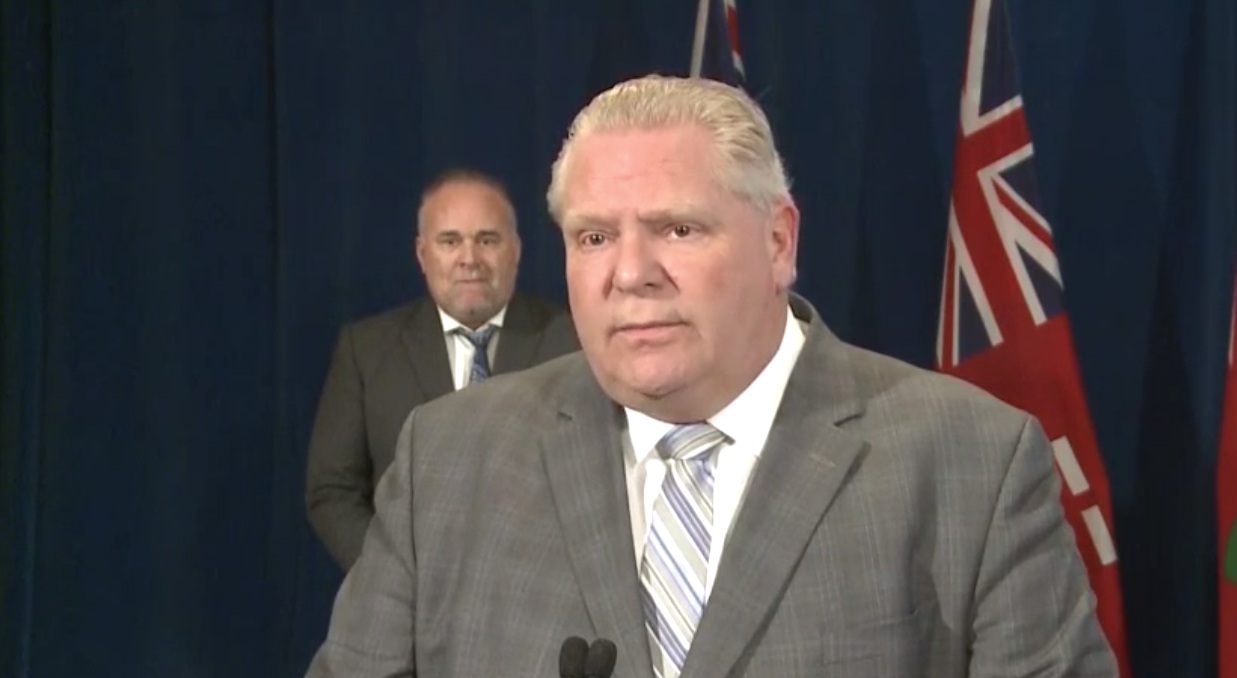 During a press conference announcing new funding for Ontario’s municipalities, Premier Doug Ford had some choice words for guests of a large party in the GTA over the weekend.

On Sunday, police reported that, with help from bylaw officers, upwards of 200 people had to be dispursed from a house party in Brampton. No information on charges was released at the time, though the law allows for a penalty of up to $100,000.

When asked during his announcement about if people were failing to get the province’s message about remaining distanced, the premier wasn’t shy about sharing his opinion on the party, or its host, who reportedly hired staff and extended a fence in advance of the event.

“First of all when I heard this and had a conversation with Mayor Brown in Brampton this morning and he agrees 100%. The full extent of the law needs to be thrown at these people,” Ford said. “Throw everything and the kitchen sink at them. The $100,000, everything else.”

Pointing out that the Peel Region remains in Stage 2 of the economic reopening, Ford expressed frustration on the part of business owners, using his own unique idioms.

He maintains that it’s “absolutely ridiculous” that the party took place, and that two others were also reported.

Pointing out that everyone from small business to health care workers are struggling during the crisis, he slammed the “jokers out there” who continue to hold these types of events. In Stage 2, people are not allowed to gather in groups larger than 10.

“You’d think the cheese slipped off the cracker with these people, they just don’t get it,” he added. “We’re all in this together.”