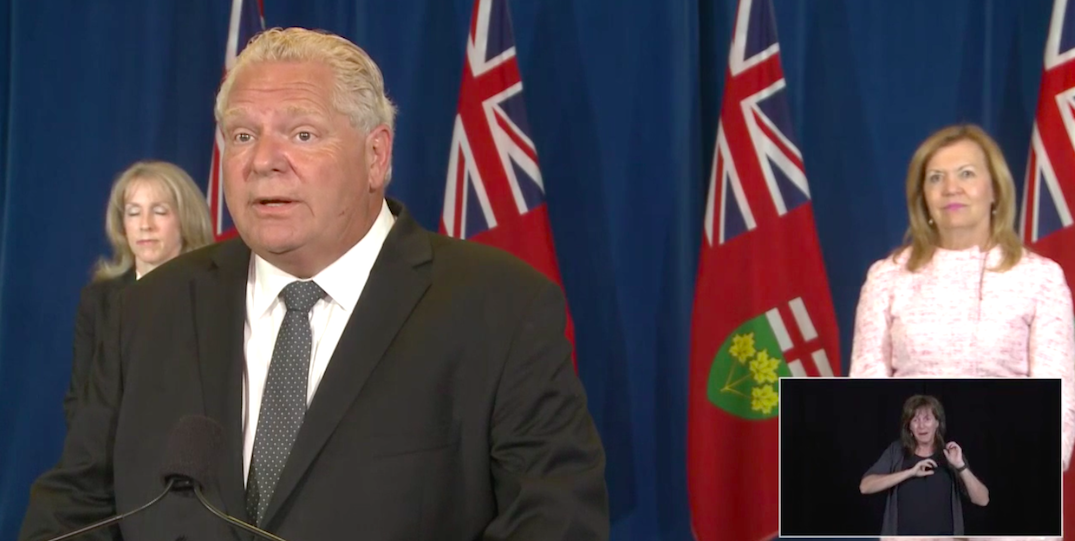 Ontario Premier Doug Ford is set to make an announcement in Orillia on Thursday afternoon.

The premier’s daily press briefings have been dominated by questions on school restarting in just three weeks, with many school boards still figuring out their back-to-school plans.

On Tuesday, Education Minister Stephen Lecce sent a memo to school boards, allowing them to stagger the start of the school year by up to two weeks if they feel it will make the reopening safer.

The Toronto District School Board (TDSB) is also looking to implement face masks for all students, with the motion set to be approved in the coming days.

And, the TDSB is currently figuring out its back-to-school plan, after their initial plan was rejected by the provincial government earlier this week.

The press briefing will be held at 1 pm.