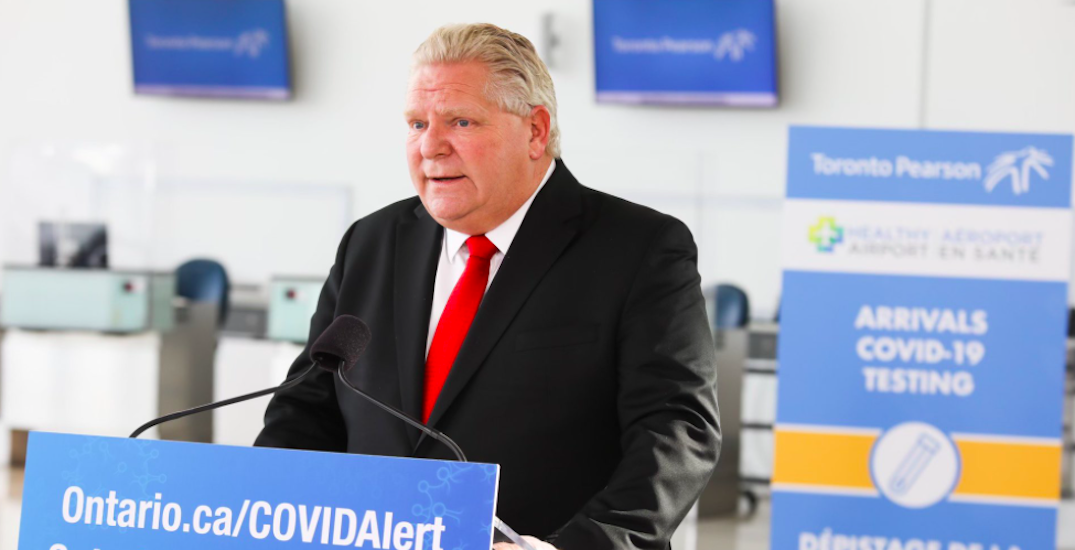 Premier Doug Ford said an announcement will be coming early next week on reopening the economy in Ontario, which has been in a province-wide lockdown since December 26.

On Wednesday, while touring the new COVID-19 testing facility at Toronto Pearson International Airport, the premier said that after the meeting with cabinet this afternoon, they’ll have a better idea on reopening the economy.

“We’ll have an announcement probably on Monday,” he told reporters. “Our goal is to open the economy up safely. We have a couple of hot zones that might open up a week later. But especially in the northern and rural areas, we want to get the economy opening up, but safely. That’s the number one priority.”

Last week Mayor John Tory said that he believed it was time to start talking about the reopening of the economy, in order to have a “thoughtful plan” and noted that when the economy does open up, significant progress will have been made against the virus.

“I think the time has come to begin those discussions in earnest, in a very practical way, and develop the kind of program that we had in the spring, where it didn’t happen all in one day, as probably it shouldn’t and won’t, but rather happened on some kind of basis that was consistent with public health,” Tory said at the time.

On Tuesday, Quebec Premier François Legault announced there will be a gradual reopening of parts of the province next week as hospitalizations and COVID-19 cases begin to decline.

And effective as of February 8, university and CEGEP students will begin a “gradual” return to physical classes.

Ontario has been under a Stay at Home order since January 14 and a second State of Emergency was issued on January 12.