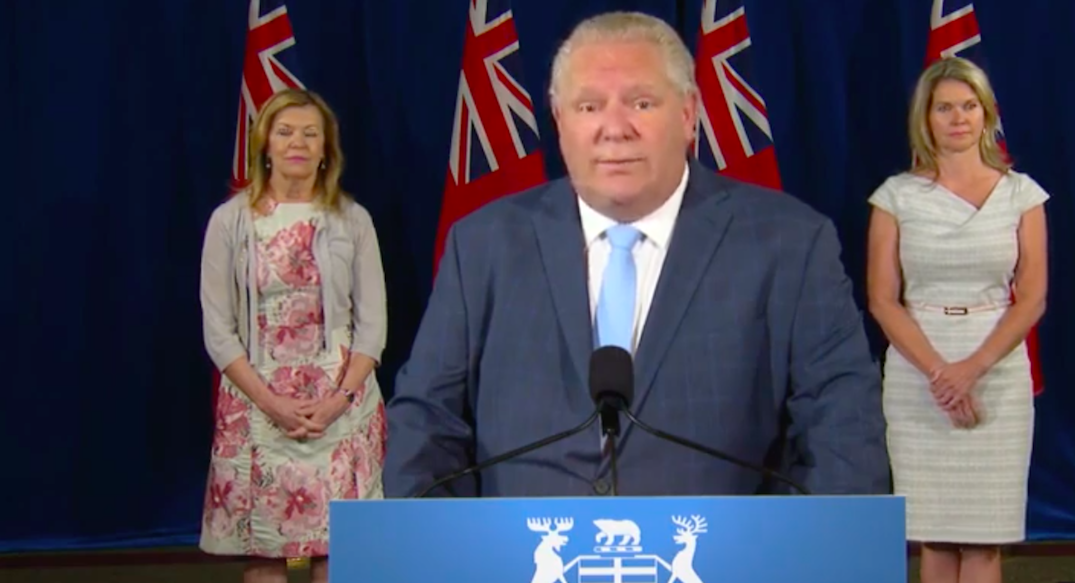 Premier Doug Ford is set to make an announcement with the health minister on Tuesday afternoon.

Ford will be joined by Christine Elliot and Vic Fedeli, Minister of Economic Development, Job Creation and Trade.

Recently, Ontario has seen an increase of COVID-19 cases, prompting Ford to suggest that further shutdowns may be necessary to slow down the spread of the virus, especially as school restarts.