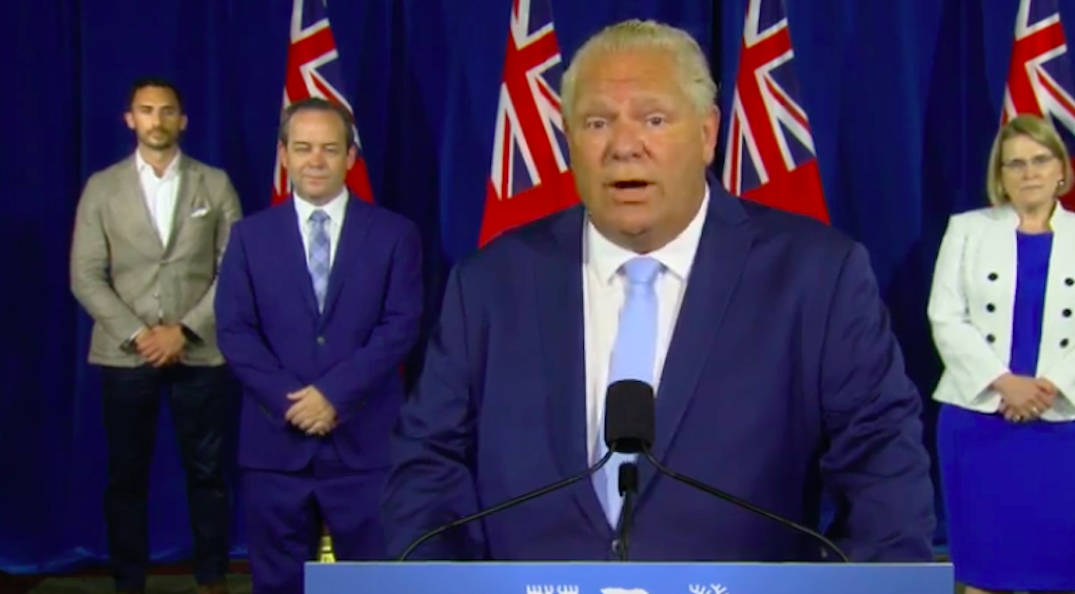 Premier Doug Ford is set to make an announcement with the Health Minister on Tuesday afternoon.

Ford will be joined by Christine Elliot and Raymond Cho the Minister for Seniors and Accessibility — the press briefing will take place at 1 pm, at Queens Park.

And at 2 pm, Ford is set to make another announcement with the Solicitor General, Sylvia Jones, and Brigadier-General, C.J.J. Mialkowski, to recognize “the heroic efforts” of the Canadian Armed Forces deployed to six long-term care homes in Ontario during COVID-19.

In early April, 500 CAF members were deployed to the long-term care facilities that were struggling to contain coronavirus outbreaks.

During this time, military members released a report on the conditions of the facilities, prompting the Province to investigate the conditions.

The provincial government launched an independent commission to look into the conditions of the facilities in July.