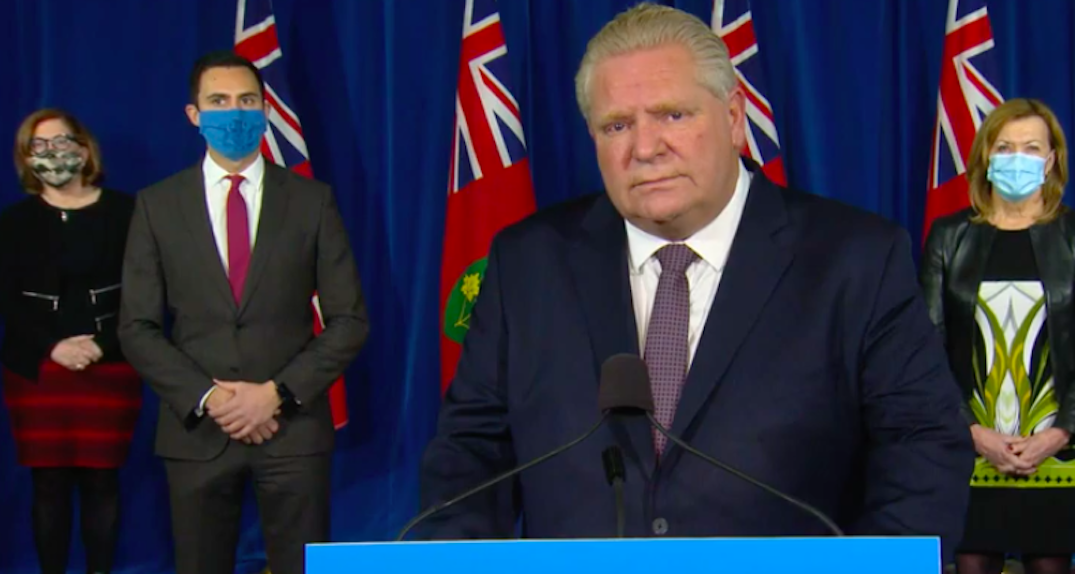 Premier Doug Ford is set to make an announcement on extending the Stay at Home orders for Toronto and Peel, which the top doctors of both regions have requested.

On Wednesday, Toronto’s Medical Officer of Health, Dr. Eileen de Villa, called on the provincial government to delay lifting the orders in Ontario from February 22 to March 5, at the earliest.

The reason being that a large percentage of the population is still not vaccinated. Based on other jurisdictions, the COVID-19 variants of concern are causing an increase in cases due to its higher transmissibility, school safety, and public perception — if parts of the economy reopen, it gives a false sense of security.

The provincial government said that the “decision will be made in consultation with the local medical officers of health. As we previously stated, the transition into the framework is subject to public health trends. We have not hesitated to extend the Stay at Home order when necessary.”

Although it is not clear when the exact announcement will be made, Ford’s Friday press briefing is scheduled to take place at Queen’s Park at 2 pm.