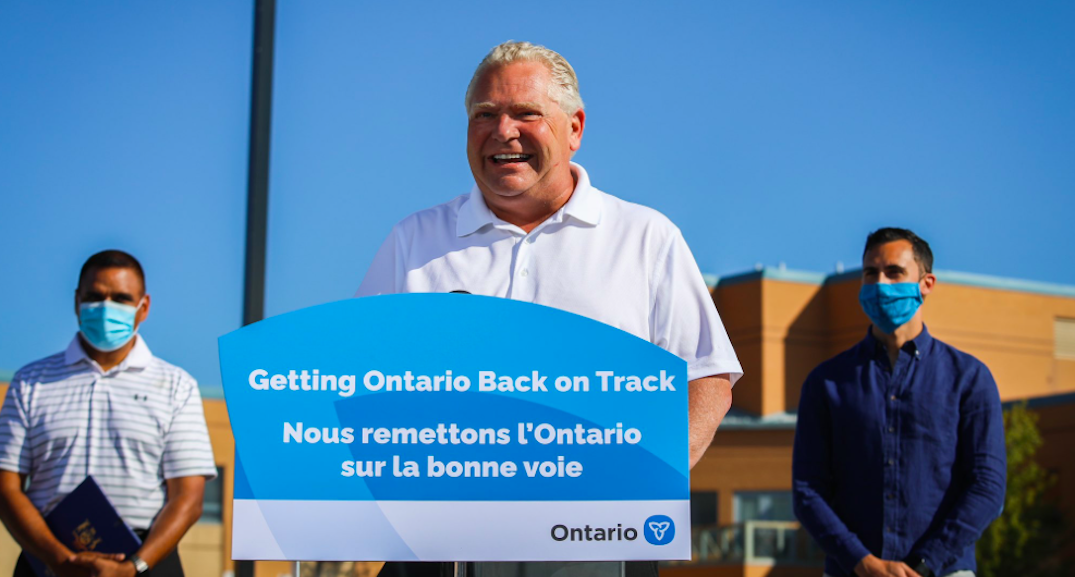 Ontario Premier Doug Ford and the economic development minister are set to make an announcement today from the town of Beamsville in Niagara.

Ford and Minister Vic Fedeli’s press conferences comes as most of the province settles into Stage 3 of reopening with some regions entering their third week.

On Friday, Toronto and Peel entered the final stage, while Windsor-Essex remains the only region in Stage 2.

The announcement also comes on the heels of the province’s new back-to-school model for September, which will need finalized reopening plans from Ontario’s 72 school boards on Tuesday, to submit to the Ministry of Education.

The daily briefing will be held at 1 pm.