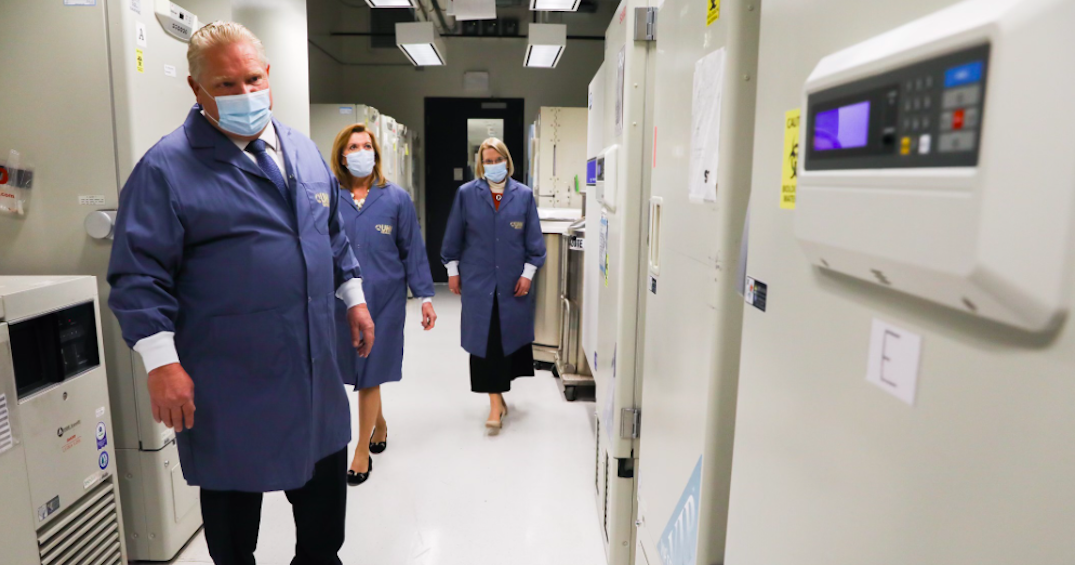 Premier Doug Ford will provide an update on Ontario’s COVID-19 vaccination plan on Tuesday amid news of supply shortage.

On Monday, Health Minister Christine Elliott noted that for the next two Pfizer shipments, the first will see a 20% reduction and the second will see an 80% reduction. However, in late February and early March, there will be larger doses of vaccine coming in.

“This is a temporary situation,” she said, and is due to “retooling” at Pfizer’s Belgium site.

Because of this, Ontario’s first major COVID-19 vaccination site, located at Toronto’s Metro Convention Centre, will close after five days of operation due to the reduced shipments.

Ford has said that vaccinating priority groups is the first step with all long-term care facilities in hotspots to be vaccinated by January 21.

The press briefing will take place at 1 pm from Queen’s Park, with the Ministry of Health holding a technical briefing prior at 11:30 am.