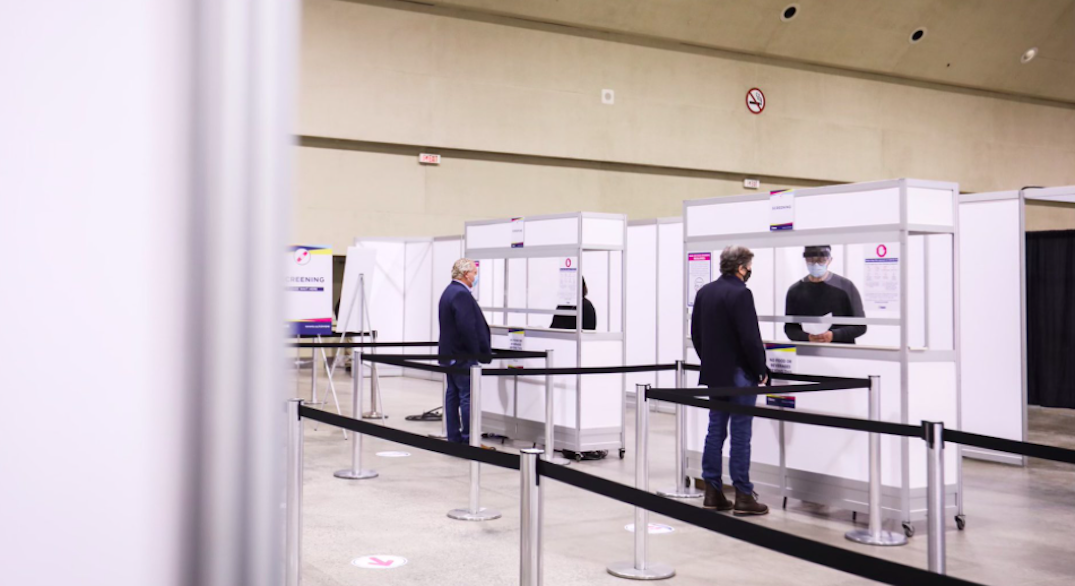 Ontario’s first major COVID-19 vaccination site, located at Toronto’s Metro Convention Centre, will close after five days of operation due to the reduced shipments of the Pfizer vaccine.

During a press conference on Monday, Toronto Fire Chief and General Manager of the City’s Office of Emergency Management Matthew Pegg said, “We were all disappointed that Pfizer is to be delayed. As a result we have been advised by the province to operate this proof of concept clinic for an additional five days.”

The clinic will therefore close by end of day on Friday, January 22.

Anyone who successfully made an appointment from January 23 onward will have their appointment cancelled. And those who got their first shot before Friday will be able to have their second shot after the appropriate amount of time.

Pegg added that the clinic is currently administering 250 doses of the vaccine daily, which is just 10% of the planned doses to be administered when the clinic is fully scalable.

“We are learning every minute, and will continue to, as we operate the clinic.”

Pegg said that this clinic acts as a model for future clinics that are set to open up by April 1.

While he emphasized nothing has been confirmed, the backlog in vaccines being provided could potentially affect the April 1 date for other clinics to open city-wide.