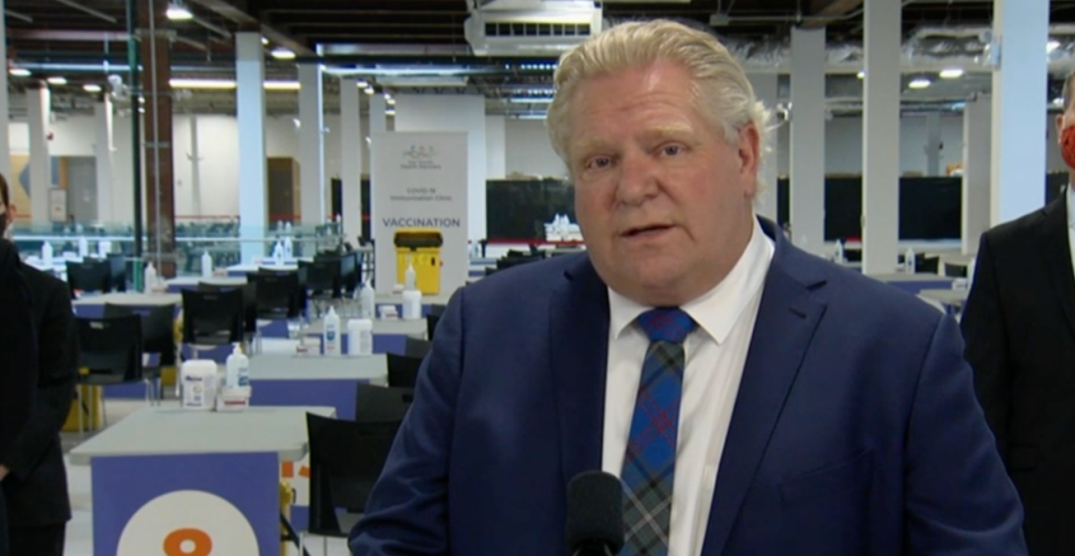 Update: The Ontario government announced it will provide $10 million in funding to identify graves at former residential schools.

Premier Doug Ford will make an announcement on Tuesday morning about unmarked burial sites on the grounds of former residential schools in Ontario.

The news conference comes weeks after the remains of 215 Indigenous children were discovered on the grounds of the former Kamloops Indian Residential School in British Columbia.

Greg Rickford, the minister of Indigenous Affairs, will speak alongside Ford at today’s news conference. After the Kamloops discovery, he promised the provincial government would investigate former residential schools in Ontario.

See my full statement below: pic.twitter.com/Z8EUBfMBKd

Ford and Rickford are scheduled to begin remarks at 11 am and they’ll be joined by leaders from Indigenous communities.