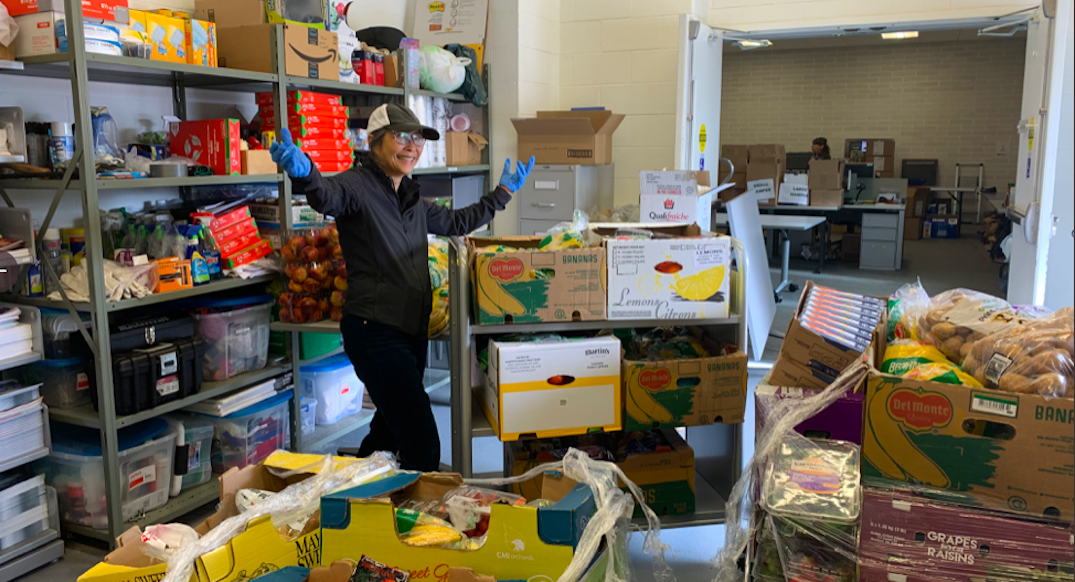 Toronto Public Library is partnering with various food banks across the city to help distribute food for communities in need during the COVID-19 pandemic.

Albion Library was the first to open on March 25 and is an appointment-only system, a spokesperson for the library system told Daily Hive.

“Community members must call in advance to make an appointment for the food bank. This will ensure that there is enough food available for everyone in need.”

Five other locations have opened with limited hours during the week and three more sites  will be set-up and open sometime next week.

The nine library pop up food bank locations are:

In order to deliver the food, Toronto Public Library transformed their book delivery and sorting hub at Ellesmere/Kennedy for food bank support, with physical distancing embedded in the design.

This delivery hub received 27 skids of food last week, and two shifts of library staff have been sorting the food into hampers for delivery at library locations where other library staff distribute food to families in need.

The public library system said the response for volunteer library staff to support this community initiative has been “overwhelming” and is endorsed by the library’s Workers Union Local 4948.

“We are incredibly proud to be partnering with North York Harvest Food Bank, Daily Bread Food Bank and Second Harvest to help lessen the impact of COVID-19 on food insecurity on our city,” Vickery Bowles, City librarian said.

“Our library branches are community hubs, and our staff are dedicated public servants committed to supporting those communities, so redirecting library resources to help address this critical need makes so much sense.”

On Monday, Mayor John Tory acknowledged the work being done with Toronto Public Library and said that more than 40% of food bank programs have closed during the pandemic.

“Food programs are continuing to operate under immense pressure to meet the increased demand,” Tory said.

He also mentioned that the city’s corporate partners have stepped up to help ensure that community food programs in Toronto — including food banks, multi-service centres, home delivery programs, and meal drop-ins — can continue.