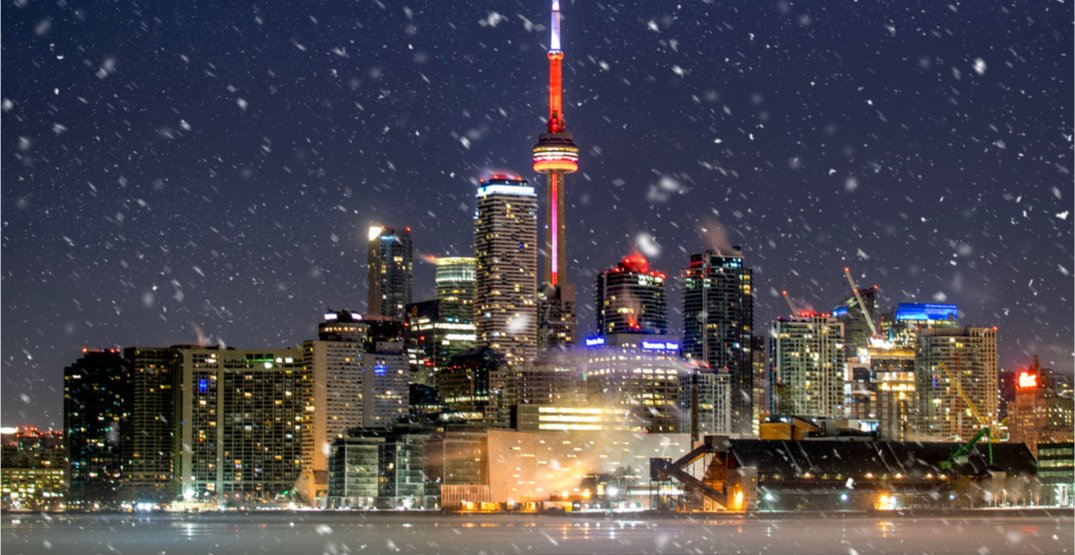 Alongside the incoming polar vortex predicted by The Weather Network for the weekend, Toronto’s forecast is also showing flurries on Saturday.

In fact, the weather agency says the vortex could bring up to 10 cm of snow and record-breaking temperatures to Southern Ontario. Reportedly, the coldest air “relative to normal around the globe” is readying itself to “swirl across” the province by the time Friday arrives.

Thursday is the warmest day predicted for the next week, offering up 13°C, but a few showers. Friday, the temperature drops to 5°C with a mix of sun and clouds, but it’s expected to feel like 0°C.

Saturday is when “a few flurries” are expected, with a high of 5°C, and Sunday hops up to 10°C with mainly sunny skies. 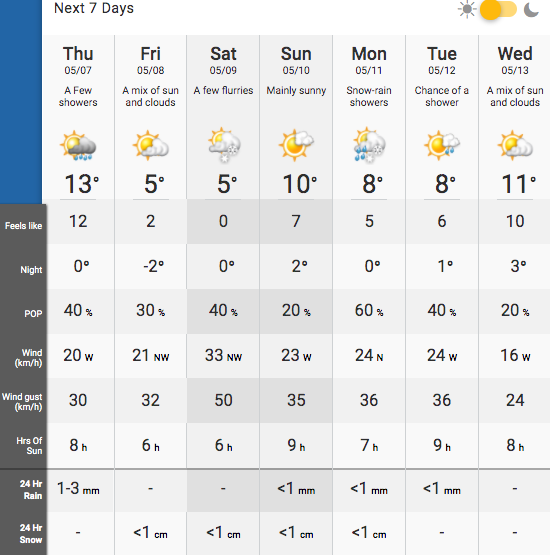 Snow-rain showers are being called for Monday, alongside 8°C, and that temperature holds through to Tuesday where a chance of showers remains. Wednesday finally jumps back up to 11°C, with a mix of sun and clouds.

“The polar vortex has remained in exceptional form over the past few months, and as you’re reading this, the core of the polar vortex (tropopause) is streaking across Nunavut, roughly 4,000 kilometres away,” stated The Weather Network.

Meteorologist Tyler Hamilton said there is potential for record-breaking low temperatures this week, when Friday’s 5°C is expected to feel like 0°C. 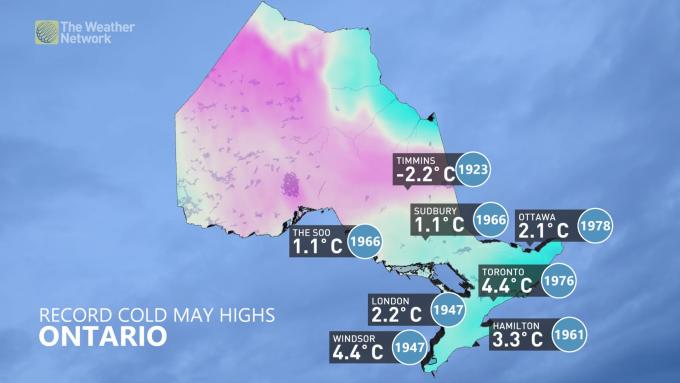 As for the snow, it is unusual for southern Ontario.

“Toronto (YYZ) typically accumulates a few centimetres of May snowfall every couple of decades since the beginning of the climate record, but it was notably more common in the 1960s and 1970s,” said Hamilton at The Weather Network.

“This year’s snowfall threat will ramp up by Thursday for northern Ontario and by Friday for southern Ontario. It will also spill into the weekend with continuous threats of snow and rounds of graupel across the Great Lakes Basin.”

All of this is to say: Be prepared for some unusually cold weather this week. And — of course — stay indoors.