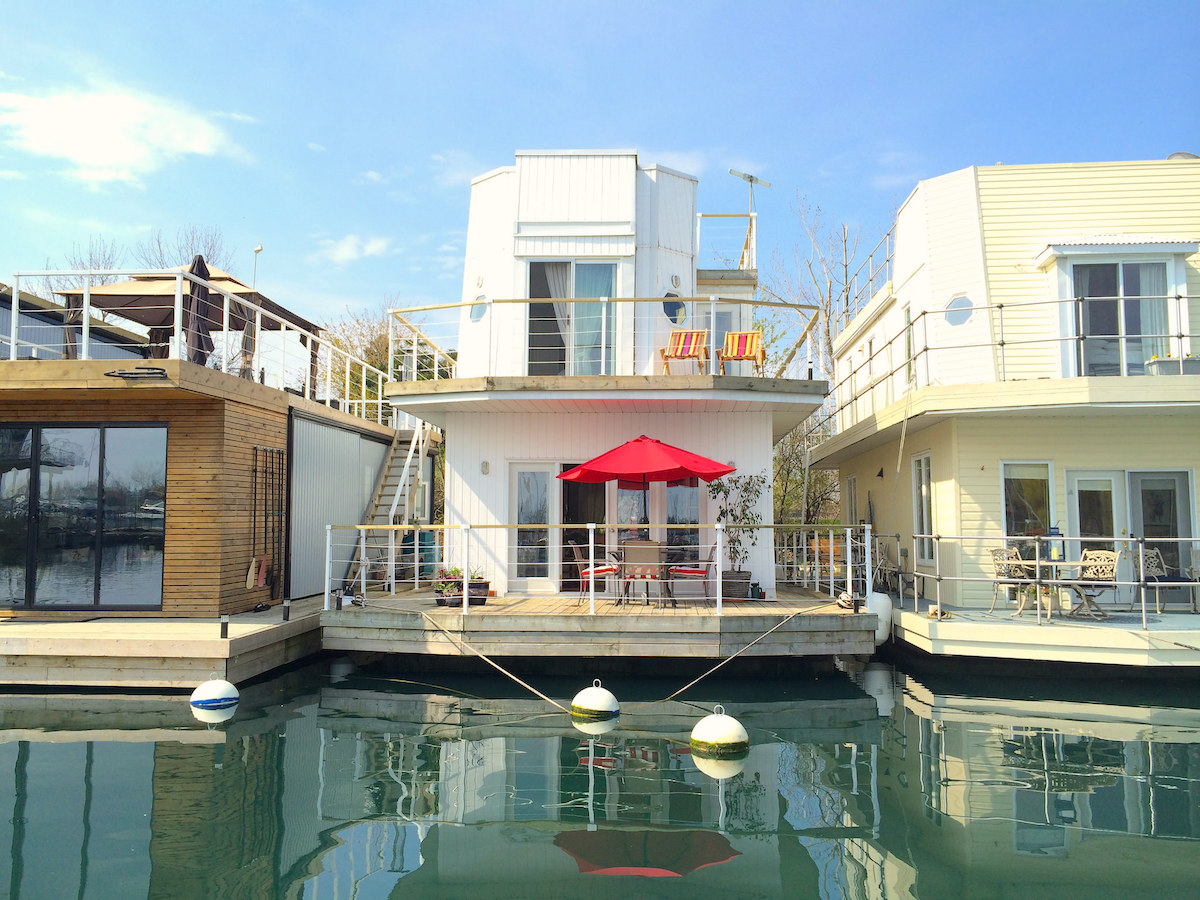 This post first appeared on TOWER TRIP Magazine. Check them out to explore more amazing properties in Montreal, Toronto, and Vancouver.

Married couples (and some lazy hipsters) often dream of retiring to a house by the lake, but in one section of Toronto, folks can buy a house that’s floating right on the lake.

The twenty four Toronto Float Homes in Bluffers Park Marina are as unique to the city as the nearby Scarborough Bluffs. Let’s hop on a paddle board and take a look at this floating village! 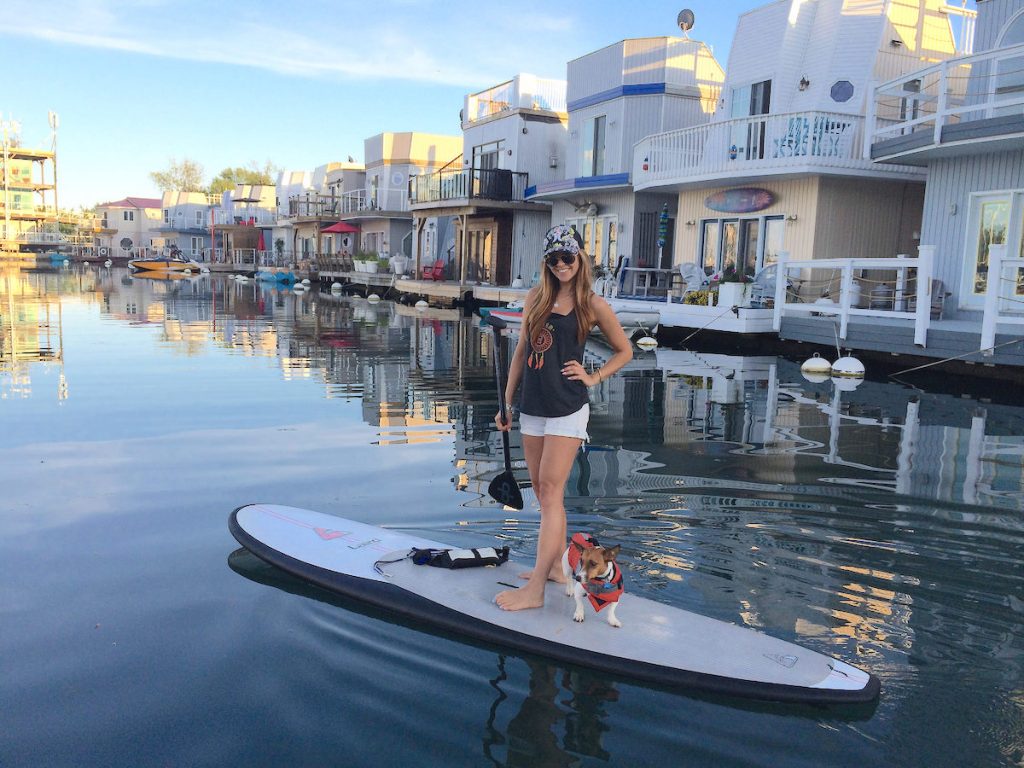 There Are So Many Misconceptions

Do you know what a float home is? People sometimes describe them as houseboats or boat houses, but they are actually neither. A float house is a year-round dwelling that’s built securely on top of a floating concrete barge. Indeed, it is constructed in much the same manner as houses on land are, with wood, insulation, drywall, furnaces, fireplaces, etc. A floating house is one the most unique and satisfying domiciles you could ever purchase, if you’re lucky enough to find one for sale. 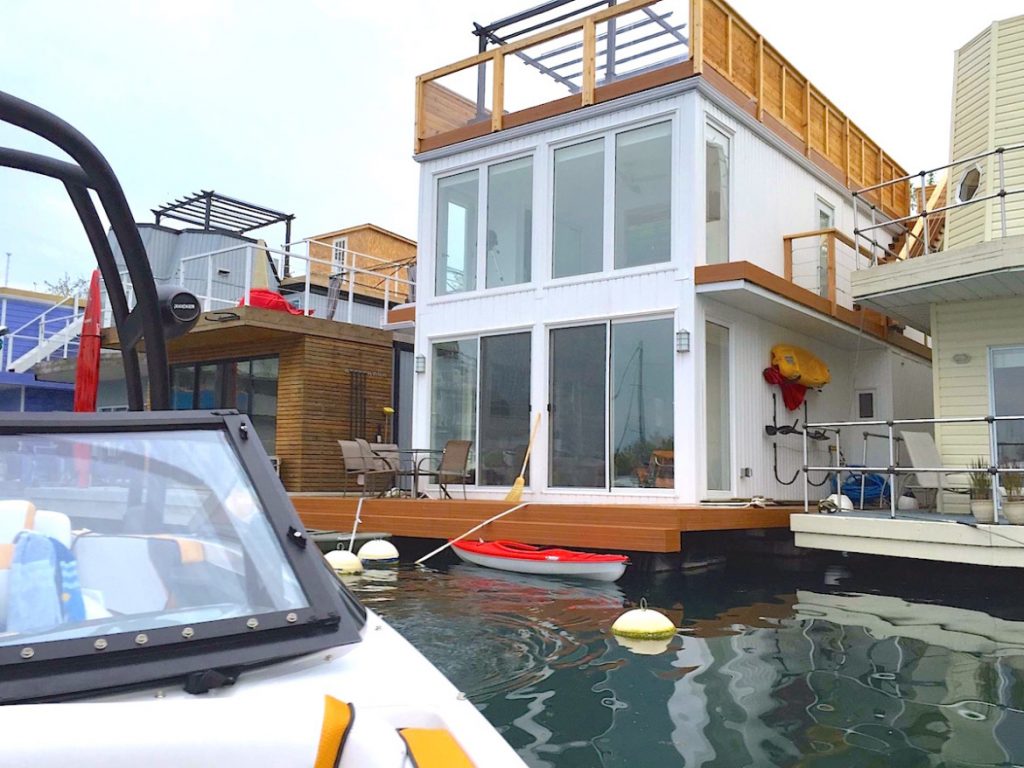 Arriving at the bottom of Brimley Rd South, something strange happens; people instantly begin to feel more relaxed. The honking of the trucks and the noise of the traffic fades away as the Scarborough Bluffs blocks the sound of the city. It suddenly looks and feels and smells like Cottage Country. The Bluffs protect the float home community from north winds, harsh weather, and stormy seas.

Just east of the main entrance to the park, the bluffs have yet another surprise, Toronto’s cleanest and nicest beach

Over a kilometre long, Bluffer’s Park Beach has clean white sand and the water is always safe for swimming – this beach is seldom shut down. In fact, this beach has been awarded the prestigious Blue Flag Award several years in a row, and yet it’s usually deserted.

While float homes are more common in other parts of North America, especially Vancouver, British Columbia and Seattle, Washington, the City of Toronto has licensed (grandfathered) only twenty five floating homes, and since made it illegal to build any more of these domiciles.

The limited supply has caused float home prices in Toronto to increase year after year.

Bluffer’s Park Marina is also very unique in the city. Where else can anyone get such a spectacular view of the water and the Scarborough Bluffs? And yet its only thirty minutes from downtown by car, and less than fifteen minutes to Queen Quay by boat. The birds and animals thrive all along this section of Toronto lake shore, protected by a myriad of wildlife trusts. Living in here is like living at the cottage all year round, but without the commute. 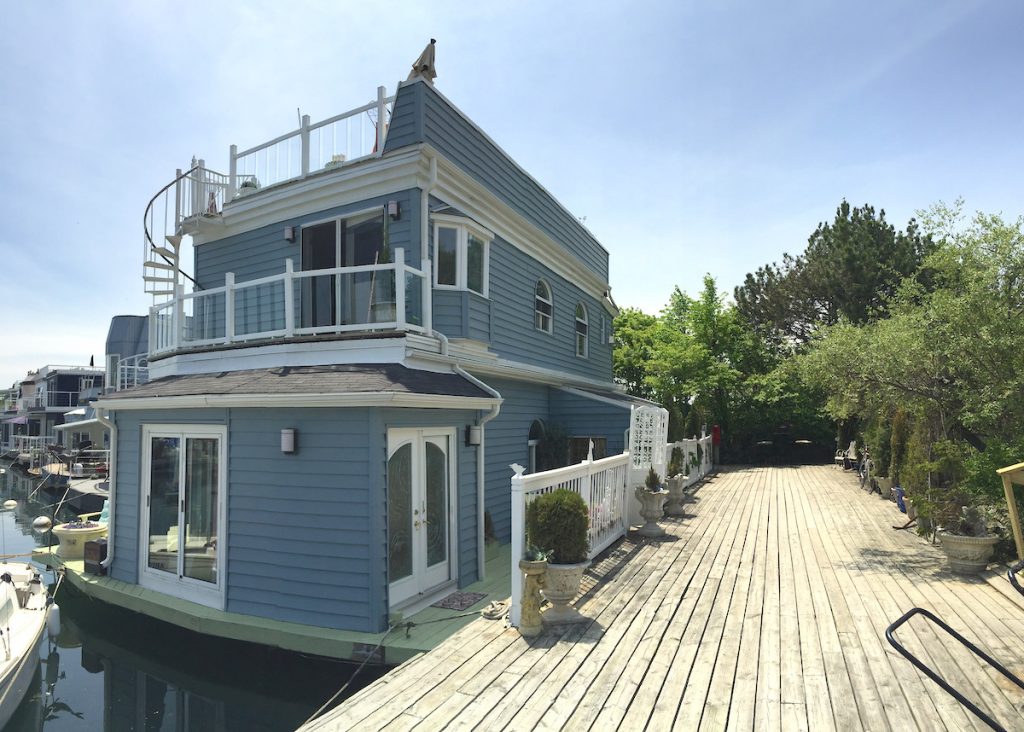 The float home community at Bluffer’s Park in the Scarborough Bluffs is a tight knit group of residents who share a love for water and nature. They frequently visit one another, have BBQs, and gather at the local pub (the Dogfish) before and after their many group activities around the Scarborough Bluffs. They like boating, fishing, Stand Up Paddleboarding along the Toronto Lakeshore, and of course swimming and sunbathing.

This lifestyle attracts successful webpreneurs, authors and copywriters who work for only part of the day, and then play around in the sunshine with friends relaxing in their bathing suits. Given the enormous lifestyle appeal, float homes sell quickly in Toronto’s real estate market. 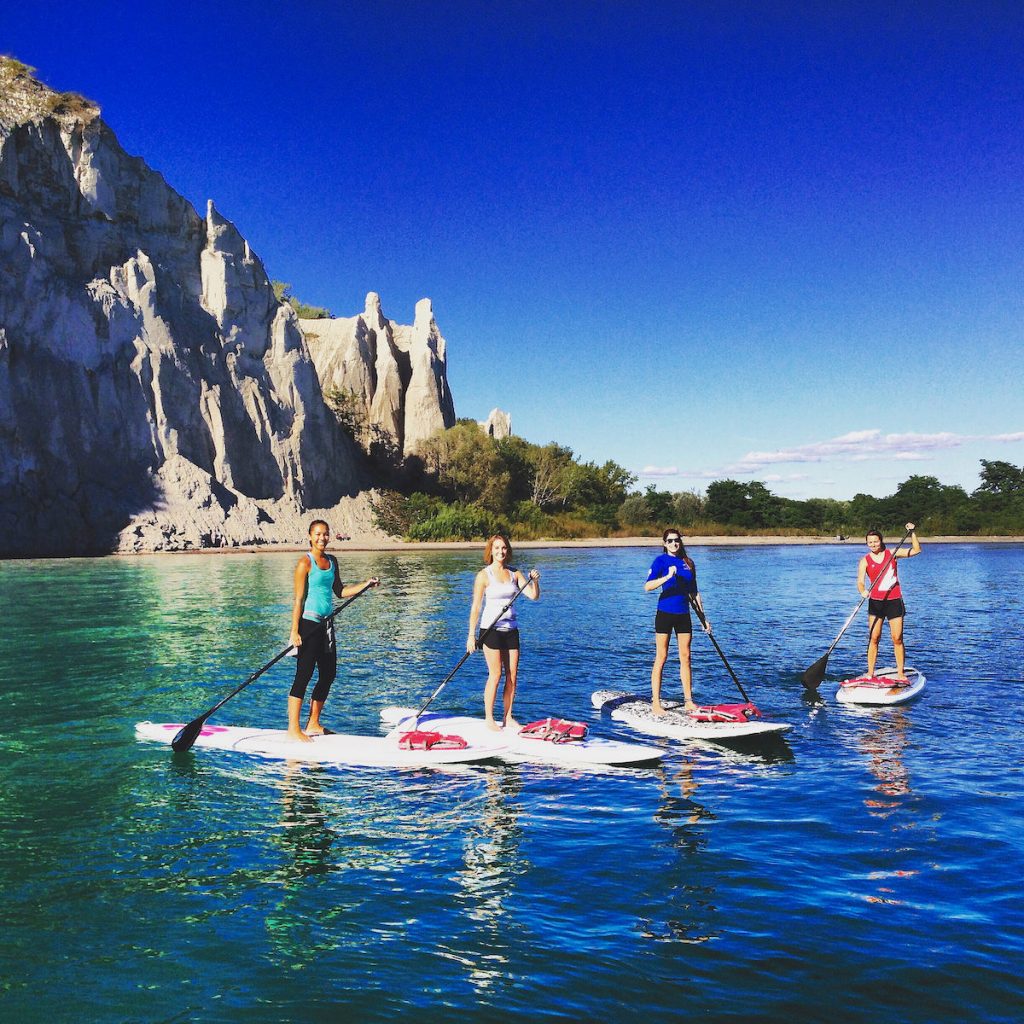 Toronto Float Home residents in Bluffers Park Marina certainly understand the value of living in such a tranquil and beautiful environment and take great pride in ownership here.  Many of the two dozen float home owners have renovated their domiciles to expand their homes and double their square footage.

Imagine waking up to a birdsong sunrise as morning light reflects off the water from your back door! 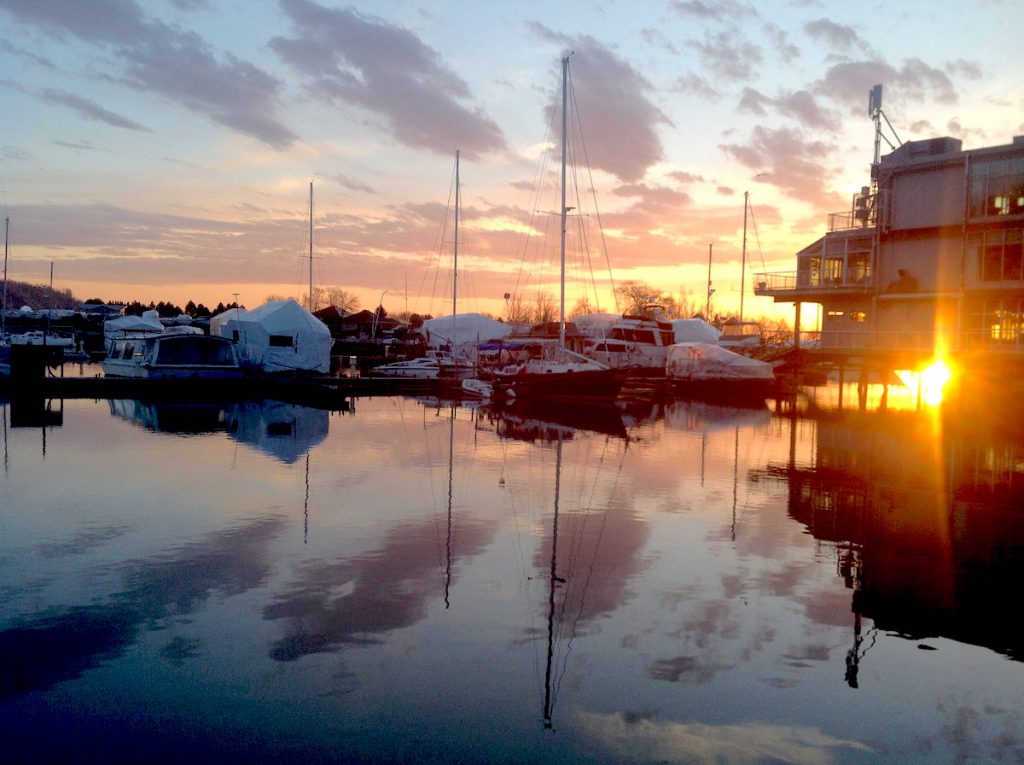