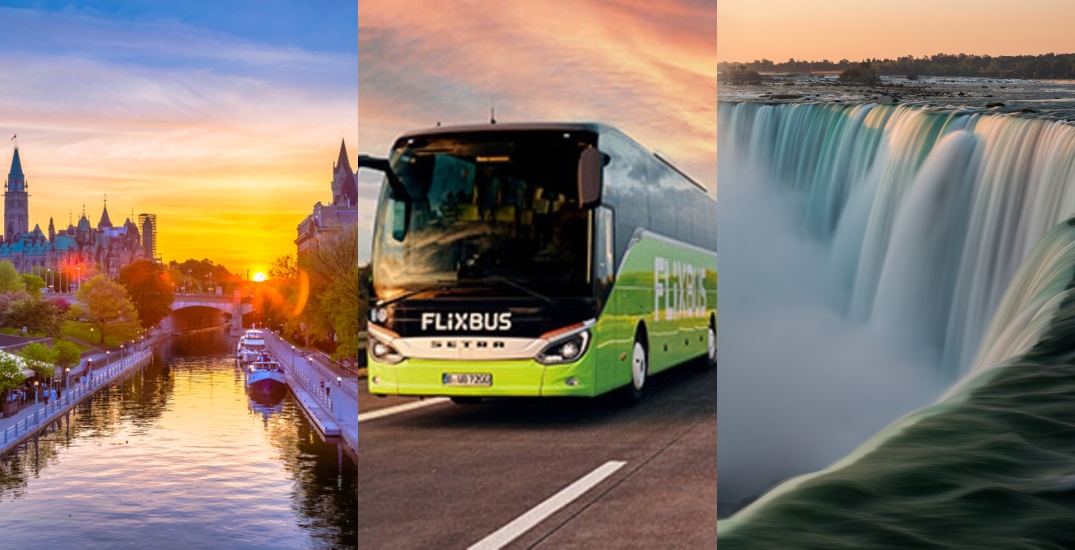 Up for a weekend getaway to Ottawa or Niagara Falls? A new bus service launching in Canada is offering fares for as low as $4.99.

FlixBus was founded in Munich and operates intercity buses in Europe, North America, and Brazil. Now, to celebrate its Canadian expansion, the company is offering special one-way fares from $4.99 until April 6.

The Canadian domestic network will feature connections from Waterloo to Toronto, and Niagara Falls to Toronto with stops in downtown Kitchener, Guelph, Mississauga, and St. Catharines. An express service will be available from Toronto to Ottawa from Thursday until Monday.

You can also expect brand new buses with free wifi and power outlets.

The bus will stop on York Street between Queens Quay West and Harbour Street and will board on the west side of the street at the Motorcoach Loading Zone.

It’s just the first phase of the planned expansion in Canada, which was delayed due to COVID-19. By summer, however, FlixBus will be operating cross-border routes to and from the US.

“Ontario is a dream bus market with some of North America’s most vibrant cities and we are immensely happy to begin building connections here,” said Pierre Gourdain, Managing Director of FlixBus North America.

With gas prices currently at $1.70 per litre in Toronto, who can resist $5 to Niagara Falls?