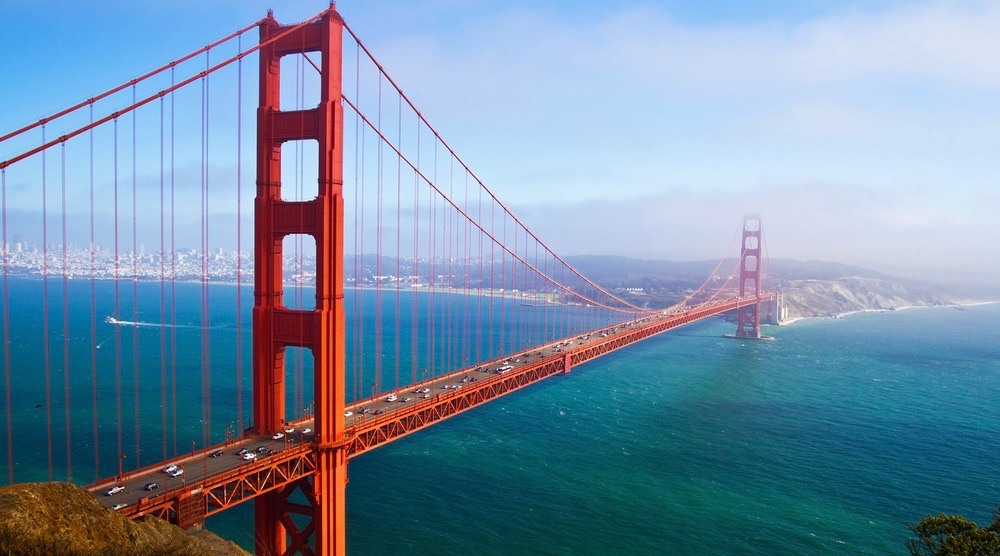 Yesterday we told you about the mad genius at YYZ Deals that is Chris Myden.

He sends out emails that let you know about the best flight deals in Toronto. And today he’s back to tell us about taking a trip to San Fran for less than $250 CAD, taxes in. 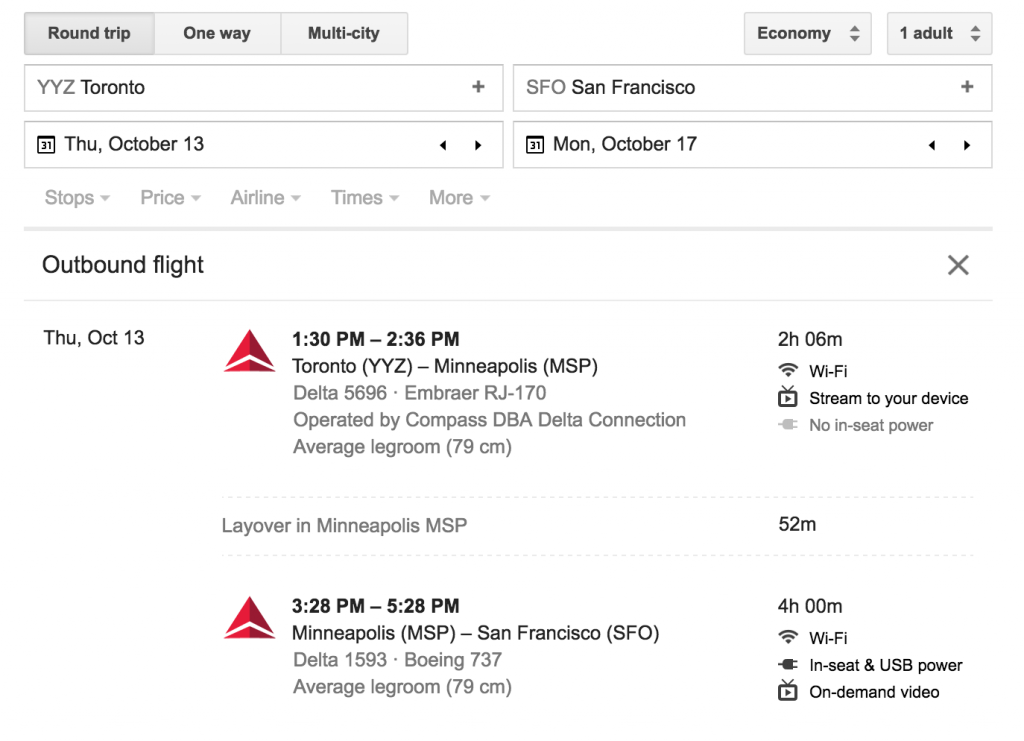 Simply go to Google Flights and select Toronto to San Francisco and you’ll find flights from Delta for as little as $246 CAD anytime from now until April 2017.

Similarly priced flights are also available from May to August 2017 but require a little more finesse. From YYZ Deals: 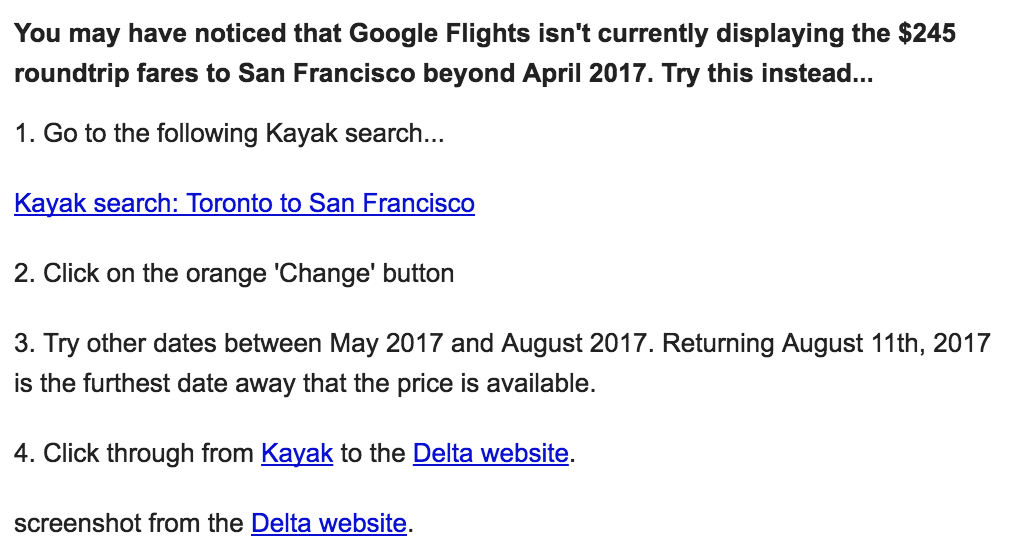 Yes, you may have to sit in Minneapolis or Detroit for an hour on the way, but that seems a small price to pay when, well, you’re paying such a small price.

We don’t know about you, but with such a cheap flight we plan on pulling a Bennett and leaving our heart in San Francisco…