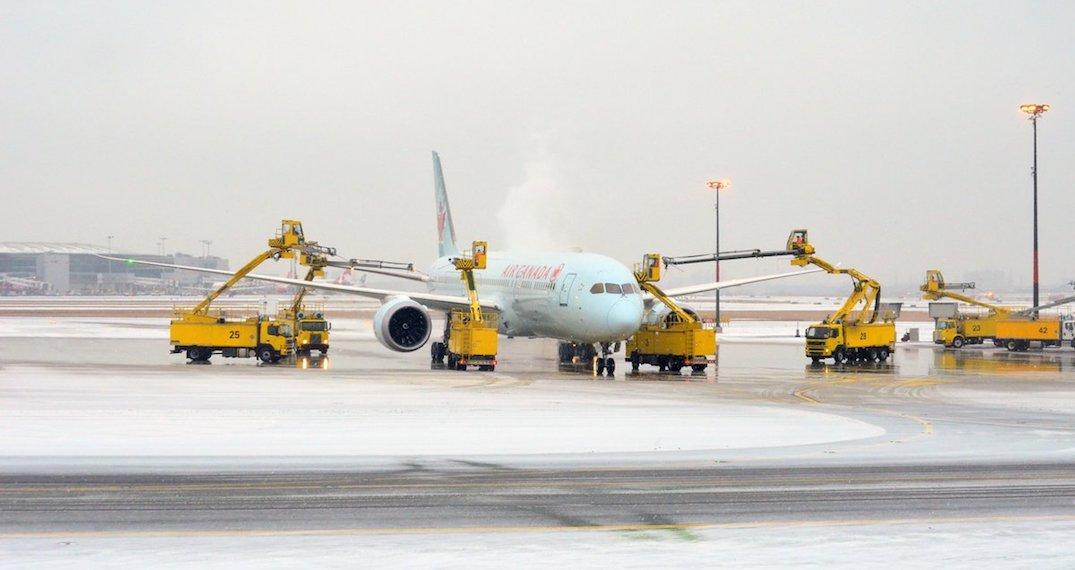 By 9 am on Tuesday, there were already over 100 flights cancelled at Pearson Airport.

As snow continues to fall in the GTA, the airport also reported delays, many were departures to North American destinations.

A travel advisory is listed on the top of the airport’s website stating that snow is in the forecast and flight schedules may be impacted. 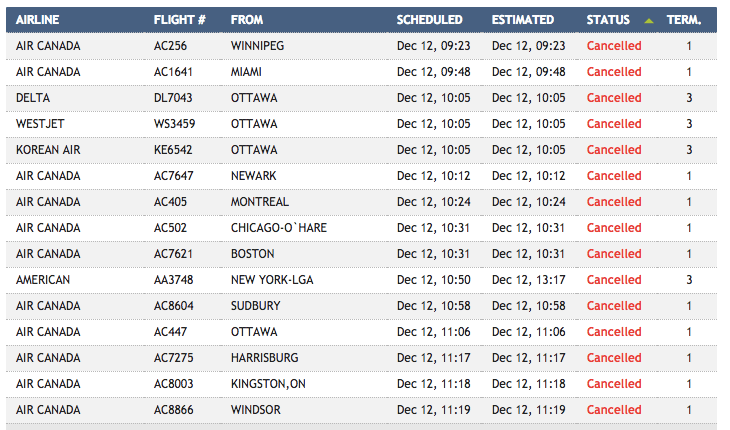 For the third day in a row, Environment Canada has issued a Special Weather Statement for the City of Toronto.

After yesterday’s first significant snowfall of the season, even more snow is forecast to fall today. Commuting is expected to be greatly effected throughout both the city and the GTA.

Amounts between 8 and 10 cm of snow had been recorded as of 4 am Tuesday morning, with expectations of an additional 5 cm to continue to fall until tapering off later this afternoon.

Pearson is currently advising passengers to check their flight status prior to heading to the airport.

Snow is in the forecast and flight schedules may be impacted. Please check your flight status before travelling to the airport: https://t.co/sCj5fDvHJ1. ❄️✈️ pic.twitter.com/h76aSFiL20