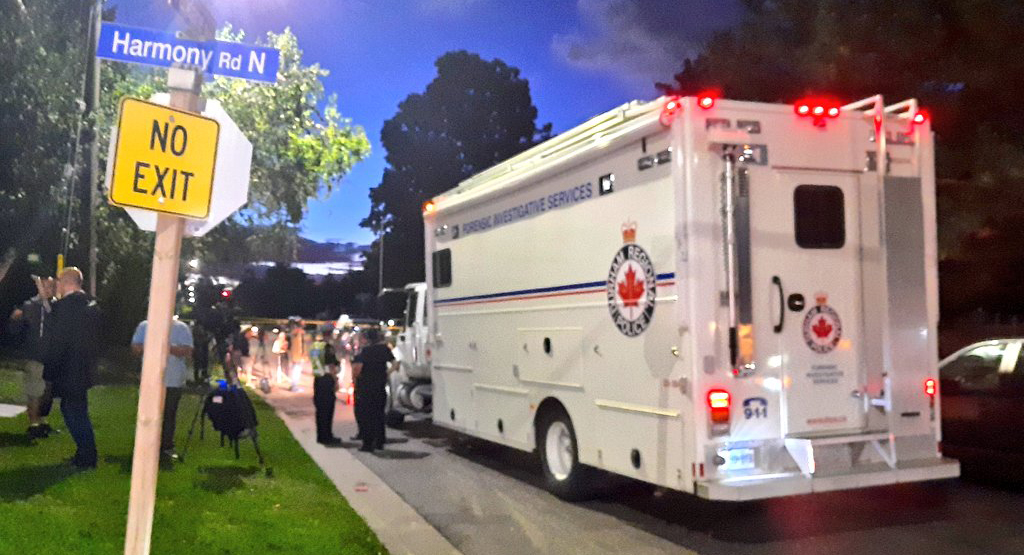 Five people are dead and one woman is in hospital after a shooting in a GTA home.

According to Durham Regional Police, on Friday, September 4, officers responded to multiple reports of gunshots around 1:20 am at a residence on Parklane Avenue in Oshawa.

Multiple units have responded to a residential home on Parklane Avenue in Oshawa after reports of multiple shots fired. Officers located several deceased victims in a residence. More information to follow. Homicide Unit has been advised. pic.twitter.com/f2tu6iPRef

“Members of the Tactical Support Unit arrived quickly and entered the residence to find five deceased people inside and one adult female who was alive but suffering from a gunshot wound,” police wrote in a statement. “The 50-year-old female was rushed to hospital, where she was treated for a non-life-threatening injury.”

Law enforcement said that all of the deceased were known to each other and investigators currently believe the suspect died from a self-inflicted gunshot wound.

There are no other suspects.

Around 6 am, it was reported on Twitter that forensic investigators were on the scene, assisting homicide detectives.

The Coroner’s Office and law police are currently working to confirm the identities of everyone involved.

The four victims bring the total deaths by homicide in Durham Region for 2020 to eight.