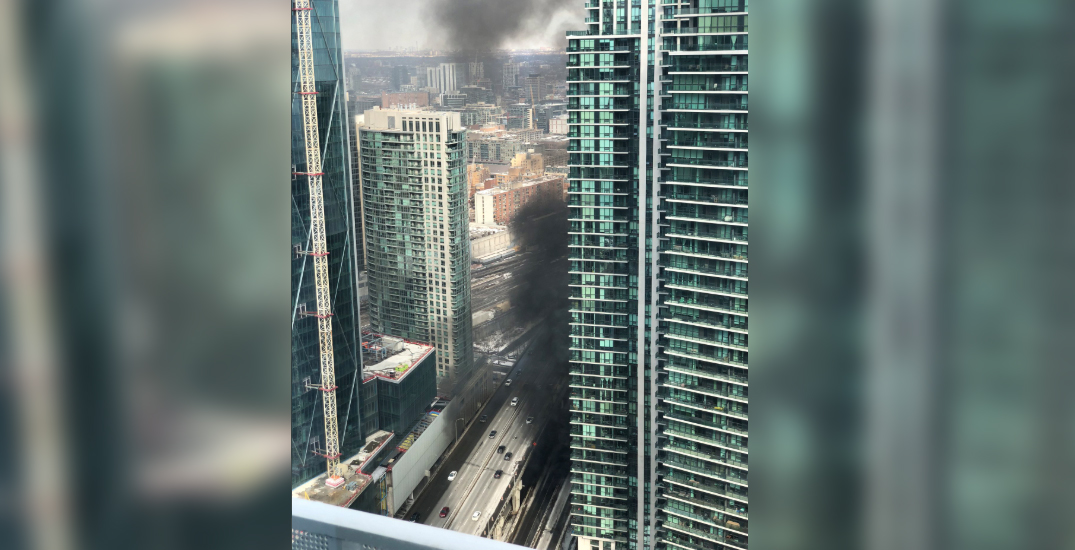 Emergency crews responded Sunday afternoon to a fire beneath the Gardiner Expressway in downtown Toronto.

A large, dark plume of smoke rose above the highway, and was visible from many condo towers in the surrounding area.

Toronto police say it’s under the westbound on ramp near Yonge Street and Lakeshore Boulevard.

There are reports the fire is coming from tents beneath the expressway, police say. People who are homeless often sleep there for shelter from the snow and rain. Police say there have also been reports of explosions at the site, perhaps from propane tanks near the camp.

Several people in the area captured images of the smoke.

Is that a fire under the Gardiner? What’s going on #TO #CityInFlames pic.twitter.com/0NCT9R3u71