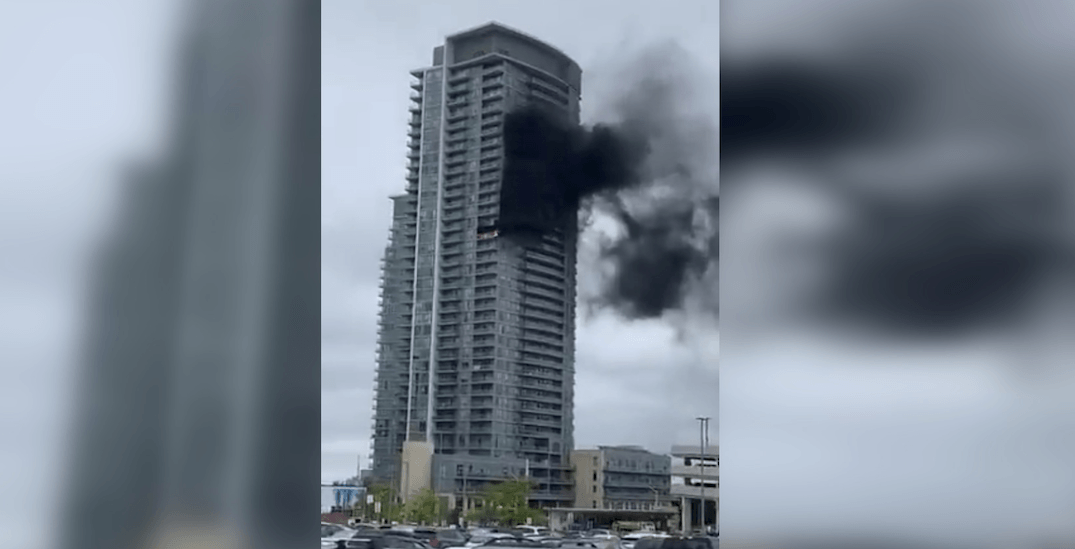 Update: Toronto Police say the fire is now out, and the roads have reopened.

No injuries have been reported at a condo fire near Sheppard Avenue and Don Mills.

According to Toronto police, there were reports of lots of black smoke coming from a unit in a high rise residential building at Forest Manor Rd and George Henry Blvd.

After Toronto Fire Services arrived on scene, they reported that debris was falling on the north side of the building.

Sheppard Avenue is closed east of Don Mills at this time.