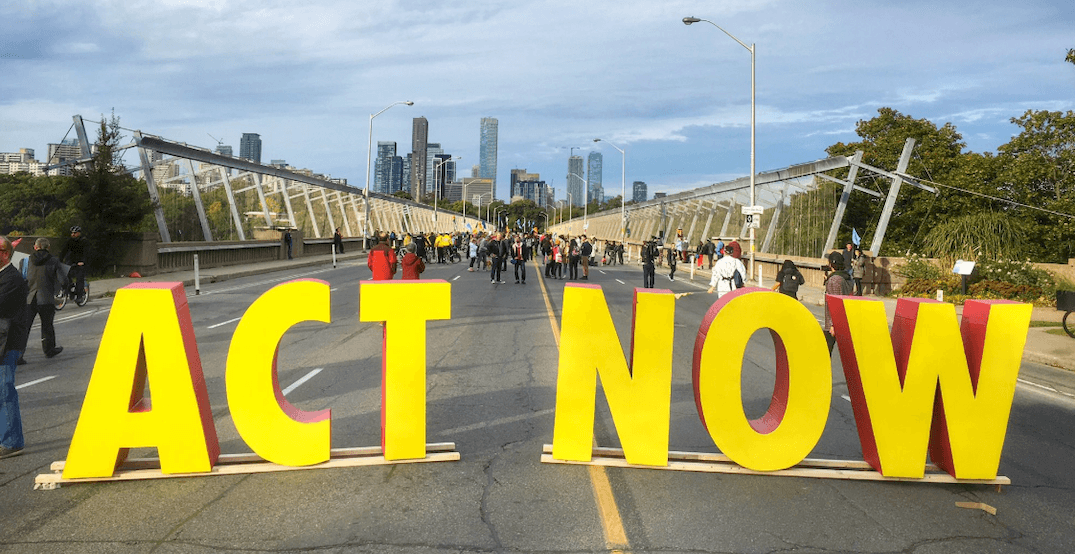 A group of over a hundred activists blocked the Bloor Viaduct on Monday morning.

Members of a group that was founded in the UK last year shut down the Prince Edward Viaduct, most commonly known as the Bloor Viaduct, in Toronto during rush hour as part of a Canada-wide and global climate protest.

The group, Extinction Rebellion, said members of its group are occupying bridges all across Canada, in what it has dubbed the #BridgeOut campaign.

Extinction Rebellion also planned to target the Angus L. Macdonald Bridge in Halifax and the Burrard Street Bridge in Vancouver.

“All life on earth is headed for extinction, and that includes us! We demand system change immediately,” wrote the group on Facebook.

“We will gather with our communities across cities, countries, and continents, to rise up and rebel for our deep love of life and the need to protect it.”

Protesters met at 7:30 am, according to the event, and at this time there is no indication as to when the bridge will be reopened.

Motorists in @EastYork_TO @DanforthVillage be aware that there is a demonstration currently blocking the Bloor Viaduct pic.twitter.com/PhqbWomNL0