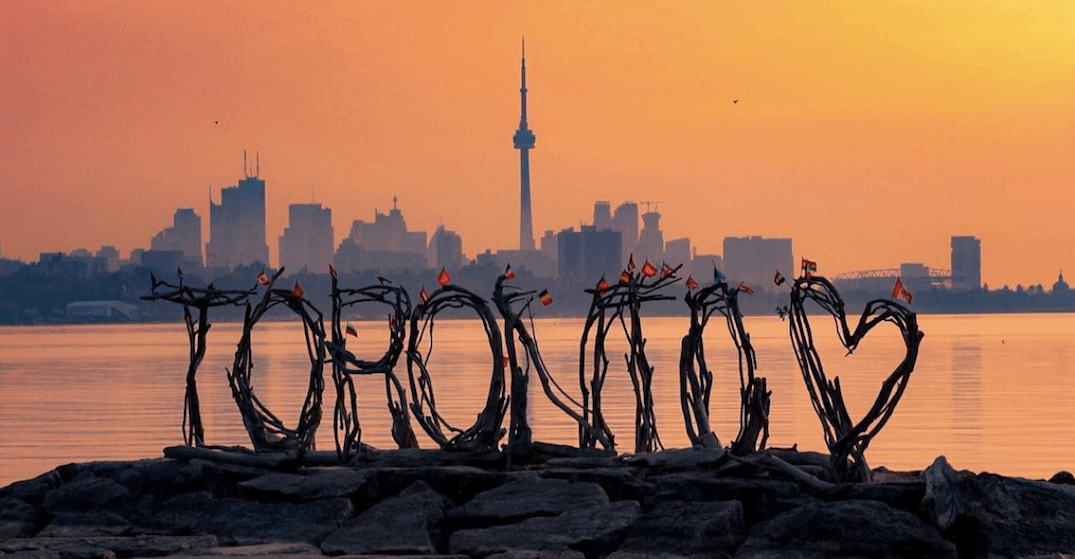 It’s the last Sunday in October. Be sure to make the most of it, and head out to these events in and around Toronto this Halloween weekend!

What: This fall drive just over an hour west of Toronto and you’ll find Fear Farm, a terrifying farm that’s home to a number of bone-chilling attractions including a hillbilly-themed hike through the woods, a haunted hayride, the Hiller haunted house, the condemned corn maze, a terrifying clown-themed carnival, and the Stalking Dead, a zombie-infested corn maze.

What: For those wanting to take a look at Toronto’s haunted past, there are plenty of spooky walking tours you can take at some of the city’s most historic landmarks after dark.

When: Now until October 31, boats will depart every 10 minutes from 175 Queens Quay West
Where: The Toronto Island

What: This October, you’re invited to explore this seemingly never-ending maze of horror that’s housed inside an even more frightening haunted house. This year’s maze resembles an old fashioned hotel that’s been corrupted by lost souls and demons. Visitors will have to adventure through the old hotel and try to find their way out of the PITCH BLACK hallways and rooms. This attraction is definitely NOT for the faint of heart.

What: Toronto’s Heirloom food truck has teamed up with Fugo Desserts to host an exclusive pop-up where Toronto foodies and dessert enthusiasts can get their hands on… wait for it… cheesecake on a stick.

What: Founded in 2000, Art Toronto is Canada’s international contemporary and modern art fair. Visitors can enjoy artwork on display from leading Canadian and international galleries in addition to engaging lecture series and panel discussions from prominent art figures, curated projects, and top-tier cultural offerings throughout the city.

When: October 27 to 30
Where: Metro Toronto Convention Centre, 222 Bremner Blvd

What: Come and witness legendary icons Slash and Axl Rose and the crew rock out on stage to some of the greatest rock songs of all time. The band will play two back-to-back shows in Toronto as part of their Not In This Lifetime Tour.

What: Seasons’ haunted house is great for all ages. When you’re done checking out the haunted house, visitors can check out the crafts, games and the pumpkin patch.

What: The 14th season of Pedestrian Sundays brings back one awesome way to spend your Sundays this summer. Performers, musicians, artists, and shopping, basically an awesome Sunday Funday. This marks the final Pedestrian Sunday of the year, so it’s an event you won’t want to miss.

What: The Big Dish will celebrate all the innovative, gutsy and creative women in the world of Canadian food. This Sunday, industry-leading chefs, producers, entrepreneurs, writers, and food lovers of all stripes to share ideas about what it’s like to kick butt in a male-dominated industry.