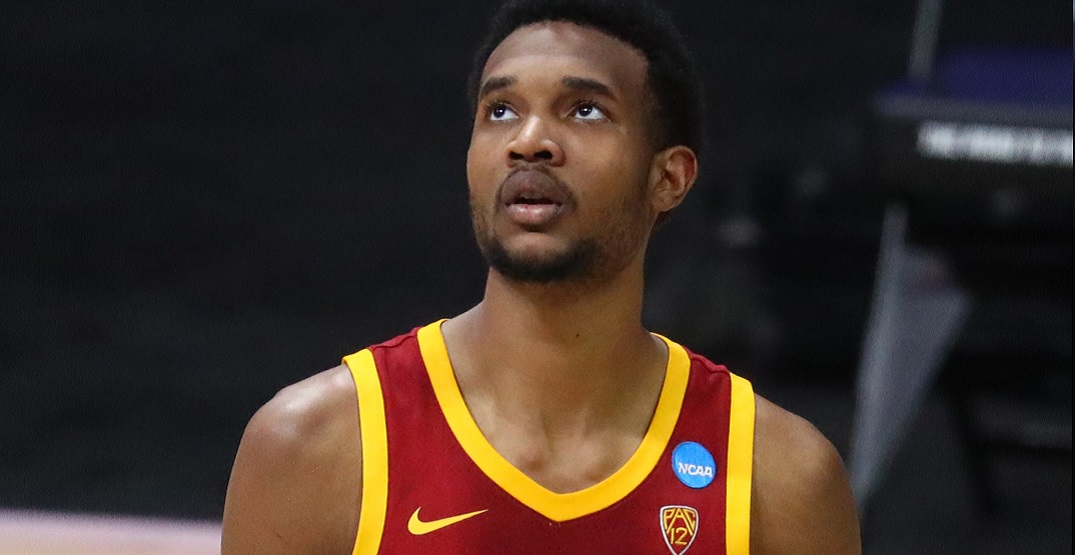 USC centre Evan Mobley could be everything the Toronto Raptors are looking for in this month’s NBA draft.

Currently, picking fourth behind Detroit, Houston, and Cleveland, it’s unclear if Mobley will still be on the board when Toronto is on the clock.

But with the Raptors needing to fill their starting centre position after a year of rotating four different players, it’s natural to start slotting talent like Mobley into Toronto’s lineup.

In just one college season, Mobley’s resume stacks up as well as you could ask for, averaging 16.4 points, 8.7 rebounds, 2.4 and 2.9 blocks per game. He was named the Pac-12 Rookie and Player of the Year and was a second-team consensus All-American.

Mobley’s 1120 minutes played (an average of 33.9 per night) ranked third in the entire NCAA.

USC head coach Andy Enfield believes that Mobley could immediately make an impact should the Raptors have the opportunity to select him.

“I think Evan would be a great fit for Toronto,” Enfield said in an interview with Daily Hive.

“He’s an elite defensive player,” Enfield added. “He can block shots; he can protect the rim at a high level. He can also move his feet to the perimeter and guard smaller players. He has tremendous length and quickness.”

Mobley led the NCAA in Win Shares and Box Plus-Minus, two advanced stats that help calculate a player’s overall impact on the game.

If there is one area of his game that could see improvement, it’s from behind the three-point arc. Mobley went 12-40 from the three-point line this past season, a 30% rate.

“I think he will keep developing his perimeter skills and be a guy that can finish at the rim and in the lane, but also be able to step out on the perimeter and score the ball himself and make plays for his teammates,” Enfield said about Mobley’s all-around abilities.

At USC, older brother Isaiah (who is also draft eligible this year) was a key member of the Trojans’ starting lineup as a sophomore forward this past season, while their father Eric was on the sidelines as an assistant coach. 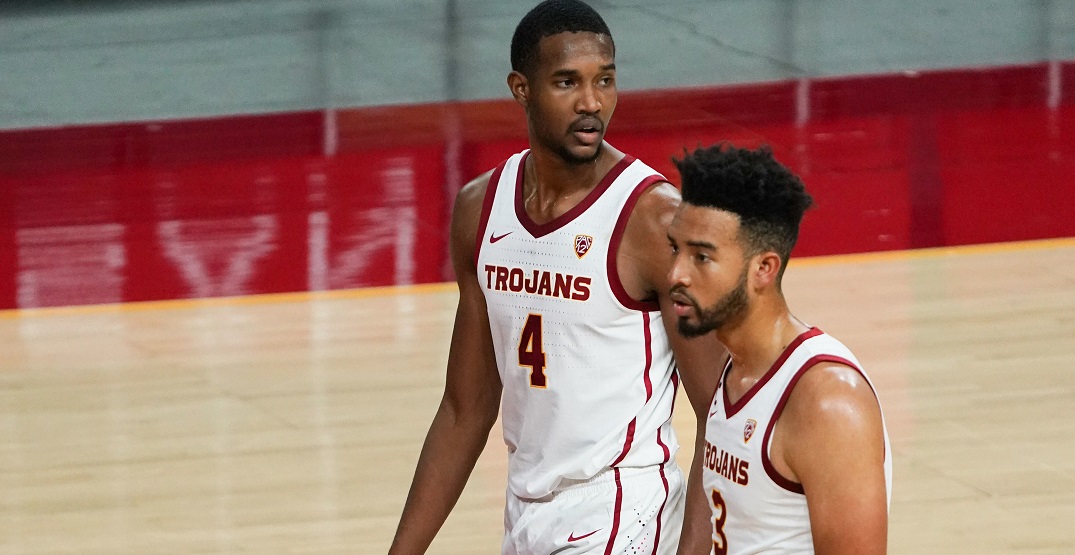 Enfield, named Pac-12 Coach of the Year this past season, knows the grind of a tournament runs better than just about anyone.

In 2013, he was the head coach of #15 seed Florida Gulf Coast program during their Cinderella run to the Sweet Sixteen with upset wins over #2 seed Georgetown and #7 seed San Diego State.

“He’s been a winner since the day he stepped on campus,” Enfield said of Evan.

One consistent talking point about Mobley is his relatively slim stature.

Despite being seven feet tall, Mobley is listed at just 210 pounds. For comparison, star Philadelphia 76ers centre Joel Embiid comes at 280 pounds, while reigning MVP Nikola Jokic of the Denver Nuggets is listed at 284 pounds.

“He will have to make an adjustment to some of the size and strength of certain bigger players in the NBA,” Enfield said.

But slimmer big men have shown they can succeed in the modern NBA, too.

“I’m sure he will guard centres and power forwards that are bigger and stronger physically,” Enfield said. “But that doesn’t mean he can’t be a better player than those guys. He just has to figure out how to use his strengths and his quickness.”

Ray Barefield, who coached both Mobley brothers at California’s Rancho Christian School, sees players like Brooklyn’s Kevin Durant, Milwaukee’s Giannis Antetokounmpo, and the LA Lakers’ Anthony Davis as a better fit for who Evan models his game after.

All three players’ body types were questioned while entering the league. Both Durant and Antetokounmpo have won league MVP awards, while Davis has made the All-Star game in eight consecutive seasons.

Throughout their time at the school, Rancho Christian had students from kindergarten through Grade 12 consistently coming up to the Mobley sibling duo asking for photos and autographs.

Barefield said he couldn’t have been prouder with the way the Mobley brothers handled the pressure.

“They were model students,” Barefield said. “You would never see them not take the time to talk to someone.”

“[For many years], Evan was always chasing Isaiah,” Barefield said.

And then Evan spurted up from 6’7” in his freshman season to nearly 6’11” by his sophomore campaign.

During the growth spurt, Barefield recalls thinking that Evan could become “the best high school player in the country.”

Mobley was named California’s Gatorade Player of the Year for the second consecutive season.

He’s just the second player ever to do so twice after current Milwaukee Bucks guard Jrue Holiday did so in 2007 and 2008.

Coming out of high school, every major scouting service had Evan ranked as a five-star recruit, just as Isaiah was a year prior.

Both Enfield and Barefield said it’s hard for them to predict how the draft will shake out for the Mobley brothers.

Consensus thought seems to be that Evan will be a top-5 pick, while Isaiah will either be picked in the second round or end up signing somewhere as an undrafted free agent.

Enfield reiterated his confidence in the younger Mobley brother’s ability to make an impact from day one at the professional level.

“I think whatever NBA team he goes to,” Enfield said, “he will be able to fit into the locker room and help his team win immediately.”