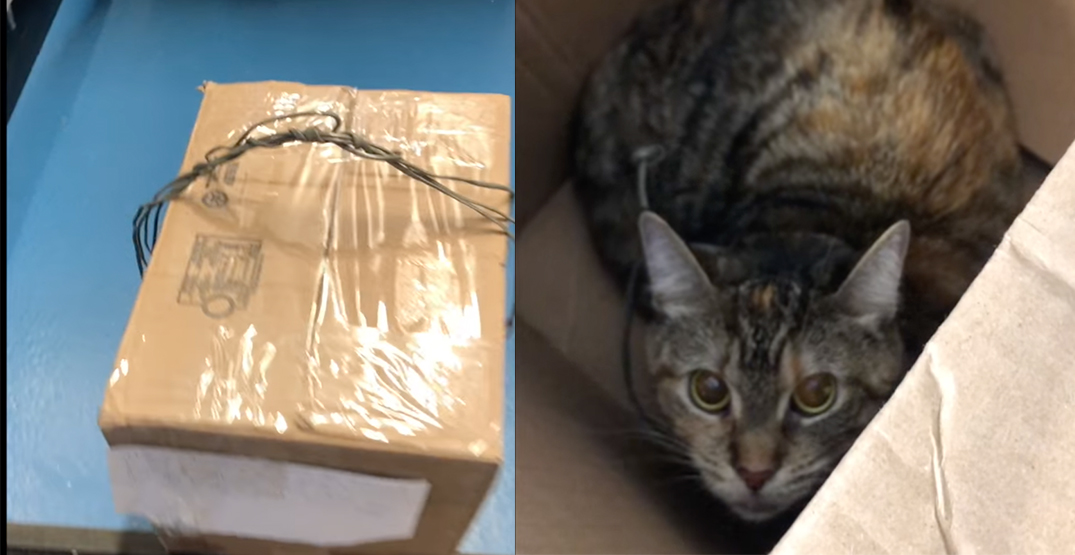 An Etobicoke animal shelter is raising money to pay for a cat’s surgery that was dropped off inside a box with a phone cord wrapped around its neck.

The Etobicoke Humane Society posted a message on Facebook saying that the cat, which they’ve named Octavia, was dropped off inside a cardboard box taped shut with packing tape earlier this month.

“We get packages all the time — donations, supplies etc. The box was clearly not a regular package. It was taped shut with packing tape and had telephone cord wrapped around it to fashion a crude handle,” the shelter wrote.

A volunteer opened the box to find an orange and brown tabby cat inside. The feline was clearly scared, and had part of the cord loosely wrapped around her neck.

“We can only guess the purpose of that,” the shelter said.

At first Octavia spent positioned herself curled up with her legs tucked underneath her, but after some time shelter staff noticed she was missing one of her back paws.

The vet said the amputation was not surgical and probably happened due to trauma.

Octavia’s stump is causing her a “good deal of pain” the shelter’s vet says. The vet’s advice is to amputate the remainder of the limb to give the cat better quality of life.

The procedure is set to cost $2,000. The shelter has already scheduled it, but is asking for further donations to replenish its accounts for its other animals that need help.