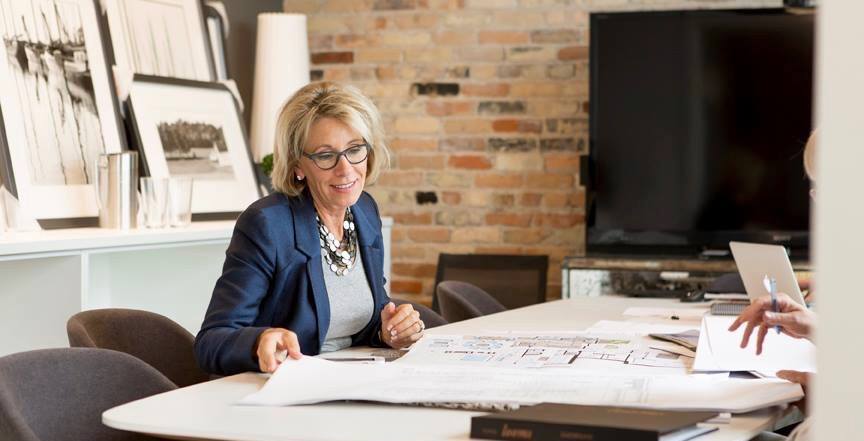 Earlier this week, it was reported that President Donald Trump’s Education Secretary Betsy DeVos would be visiting local Ontario schools this week.

And what comes as no surprise, is that not only has the public been less than thrilled with DeVos’ visit, but the Elementary Teachers’ Federation of Ontario (ETFO) is, for lack of a better word, pissed.

“Given her record of undermining her country’s public school system, I am struggling to understand why she is coming to Ontario,” said ETFO President Sam Hammond in a press release.

DeVos has not only referred to the American public education system as a “dead end” and favoured public funding of private and charter schools, she was also recently greeted by hundreds of angry protesters with signs reading,“White supremacist” during a visit to Harvard University.

And based on DeVos’ polarizing and upsetting behaviours, the ETFO says she has a lot to learn from her visit.

“I can only hope that this controversial visit will provide a teachable moment for her to understand why publicly funded public education works better for students than charter or private schools,” says Hammond.

When in town, the US Education Secretary is set to examine best practices in Ontario’s education system and based on her previous education proposals, she’s going to be in for quite a surprise at how differently public education is handled in Ontario.

“DeVos’ first proposal was to cut $9 billion from the American public education system. Here in Ontario, she’ll have an opportunity to see how the universality of publicly funded public education is meeting the learning needs of all students, not just the most privileged,” said Hammond.

The ETFO currently represents 78,000 elementary public school teachers, occasional teachers and education professionals across the province and because of them, public education is more accessible to students of all backgrounds than ever before.

“Education unions like ETFO are working with the government to build a more inclusive and equitable education system and address systemic discrimination against racialized students.”

DeVos is scheduled to visit Toronto this Thursday and Friday, where she’ll have the chance to visit local schools, meet with Ministry of Education officials from Ontario and other provinces and learn more about US and Canada higher education linkages.