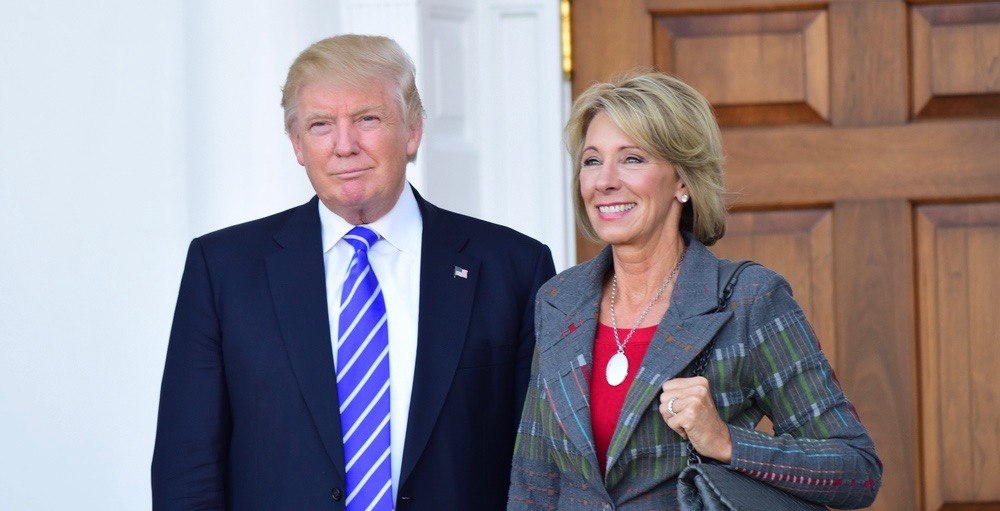 It appears a rather controversial figure will be paying Toronto a visit, as a new report reveals President Donald Trump’s Education Secretary Betsy DeVos will be visiting local Ontario schools this week.

According to the Globe and Mail, DeVos will be in Toronto later this week, “To visit local schools, meet with Ministry of Education officials from Ontario and other provinces and learn more about U.S. and Canada higher education linkages.”

DeVos, who is known for being a polarizing figure, has previously referred to the American public education system as a “dead end.”

The announcement of her arrival comes just days after DeVos visited Harvard University, where hundreds of protesters greeted her with signs reading,”White supremacist.” Others called for protections for victims of campus sexual assault.

And while DeVos’s visit may be unfavourable, Richard Francella, Press Secretary of Ontario’s Minister of Education, said in an e-mail to the Globe and Mail that this visit will be an “Opportunity to showcase all of the good work in Ontario’s publicly funded education system – one that focuses on equity, well-being and student achievement.”