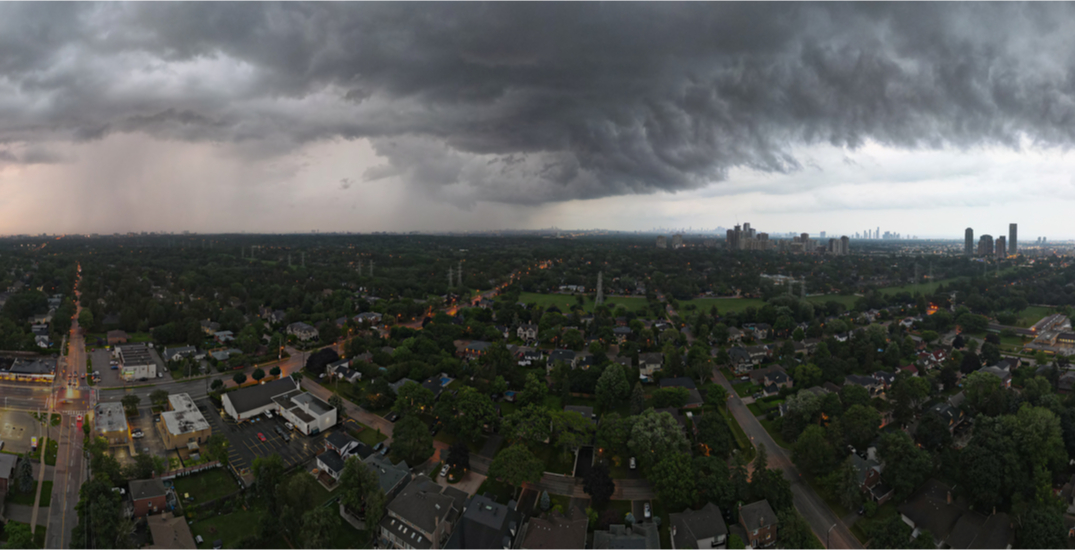 Find that umbrella, Toronto. You’ll need it today as Environment Canada has issued a special weather statement for the city of Toronto.

According to Environment Canada, significant rainfall is expected tonight through Wednesday night. It also stated that rainfall warnings may be issued later today.

“Showers and thunderstorms are forecast to begin late this evening or tonight and will continue through at least Wednesday night,” reads Tuesday’s statement.

“Rainfall amounts of 40 to 60 mm are expected by early Thursday morning with locally higher amounts in areas that receive multiple thunderstorms.”

The weather agency says this rainfall is due to a cold front and a moisture-laden low pressure system that will arrive from the American Mid-West.

Expect a high of 24°C today, with the temperature dropping to 20°C later this evening.

The cool weather continues through the week, with the high reaching only 16°C on Thursday before dropping to a low of 10°C that night.