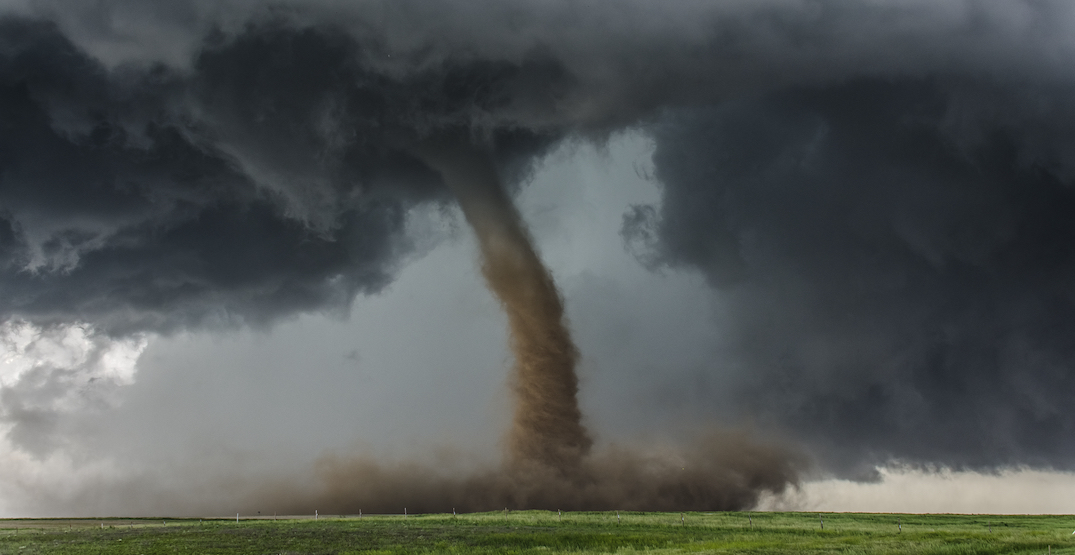 A tornado warning was issued for southwestern Ontario on Tuesday morning and quickly reversed after it was apparently made in error.

According to The Weather Network, tornado warnings issued in the early hours of April 27 were made in error by Environment Canada.

Tornado warnings that were issued this morning for southern Ontario were in error. There are NO current tornado warnings in place. We are in contact with @ECCCWeatherON to determine the cause.

The city of London shared on Twitter that the warning was due to a “glitch in the system.”

“We’re aware that some residents may have received a tornado warning for the London area from Environment Canada. This was a glitch in the system. There are no active tornado warnings for #LdnOnt,” read the tweet.

Environment Canada shared with Daily Hive that the “regrettable” error was due to testings being done on a background machine while it appeared to be connected to an online network.

The alert was quickly removed once weather officials noticed. However, people in the affected area had already been notified.

“The only thing that didn’t happen that I am aware of is that direct alerts to cellphones didn’t occur,” said an Environment Canada representative.

“Tornado warnings are one of the few that we have that go out on the cellphone alerting system, but it looks like that didn’t happen with this particular one.”