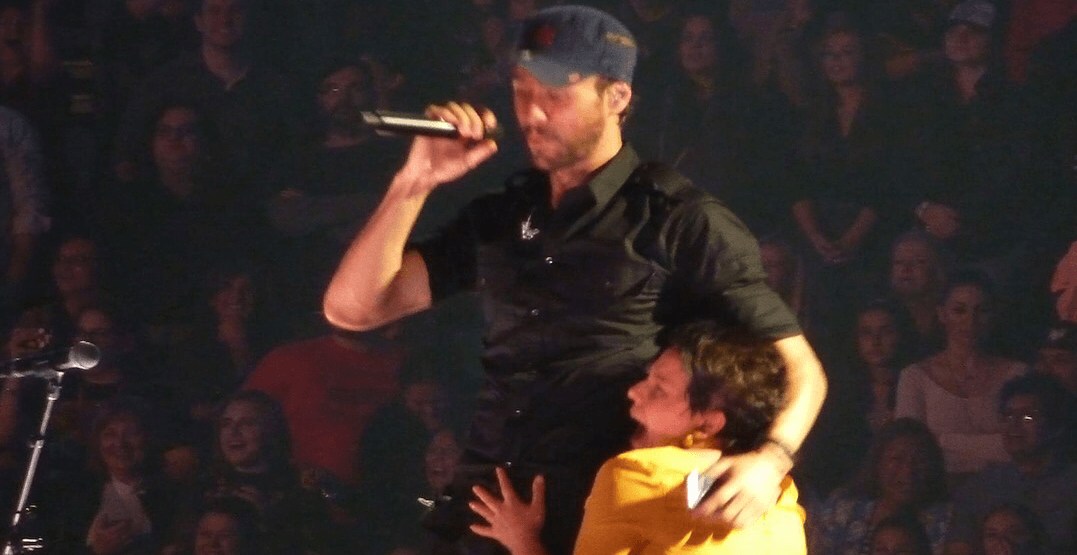 The one and only Enrique Iglesias took over the Air Canada Centre this weekend, as part of a two-night double bill.

The Spanish singer shared the stage with Mr. Worldwide, Armando Pérez — AKA Pitbull —and the pair definitely heated things up.

In typical Iglesias fashion, the singer welcomed a female concertgoer on stage — a move he is known for, which typically ends with him serenading her in front of an arena of screaming fans.

In a video shared on Instagram by @dana_wski, you can see that Iglesias brought an enthusiastic woman on stage and was beginning to sing to her when she went a little overboard with her excitement.

The woman begins dancing and grinding on the singer (who could blame her, really), which made the crowd erupt into cheers. Iglesias, of course, tried to keep his cool while refraining from bursting into laughter.

But if he thought he would be able to regain his composure, he clearly didn’t know this woman. As Iglesias starts to sing again the woman decides to thrust against him, causing Iglesias to burst into laughter and the crowd to go wild.

It’s safe to say, most of us are wishing we were this woman last night.