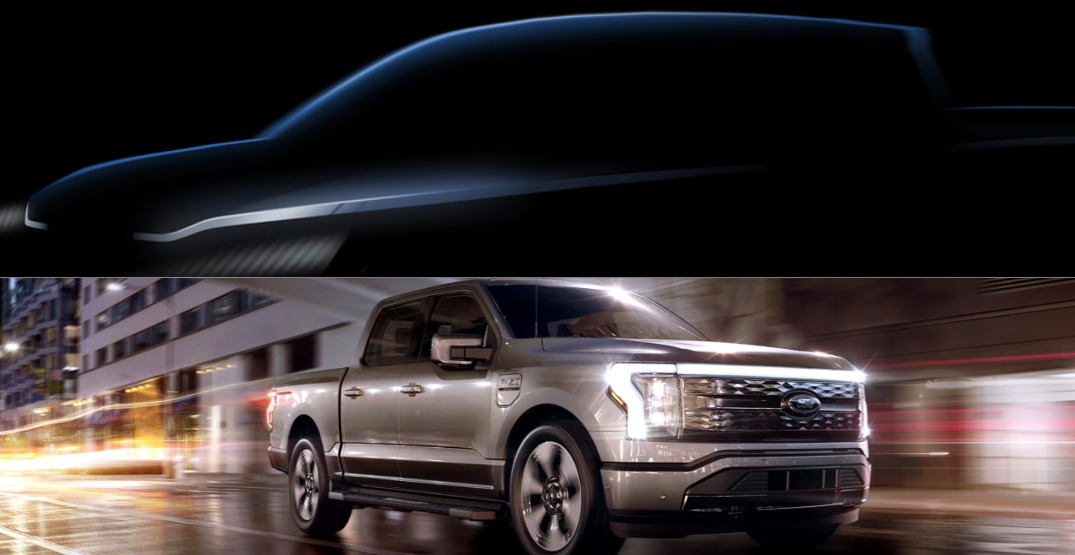 If you’ve been holding off on getting an electric vehicle because there were no compelling options in the pickup category, things are about to get charged up.

Both Ford and Dodge have announced that two of their most popular models will be getting zero-emission all-electric models in the coming years.

The Ford F-150 Lightning will be launching later this year, and while the all-electric Dodge Ram isn’t expected till 2024, they’re trying to steal a little bit of Ford’s thunder with some clever marketing.

Ford officially announced the F-150 Lightning on Tuesday with a video that went behind the scenes of the creation of the pickup truck.

Even though they tagged the tweet with #BuiltForAmerica, Ford will definitely be bringing the vehicle to Canada.

The good news with these announcements is that Canada has recently included larger vehicles like pickups in the federal electric vehicle rebate program. However, the rebate comes with the following stipulations:

The Silverado EV is a next generation truck built for an all-electric future. Go behind the scenes of our new commercial, featuring Jamie-Lynn Sigler and Robert Iler, to see how we’ve reimagined the pickup.