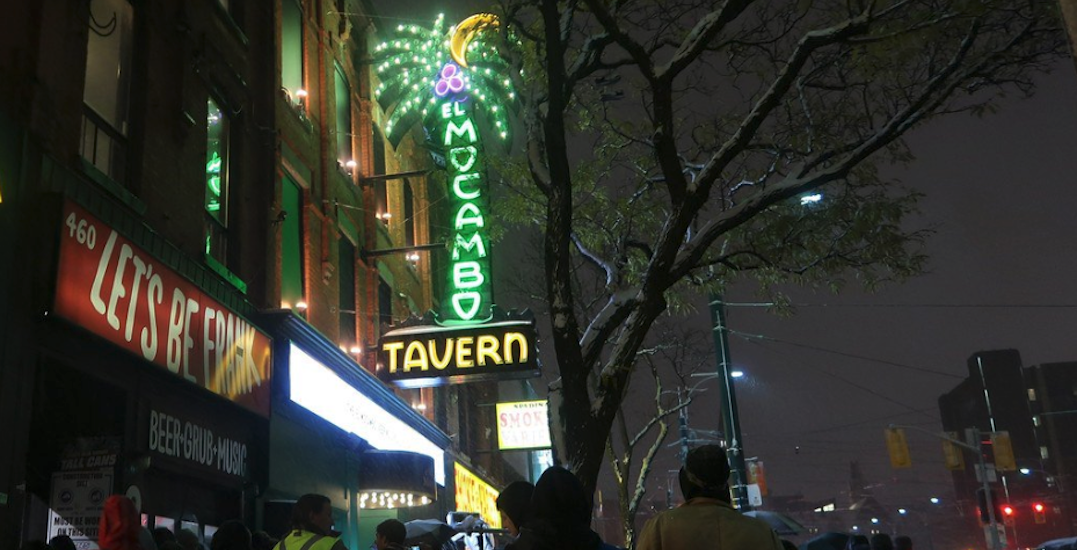 El Mocambo lit up its iconic sign this week, and soon its doors will finally re-open too.

The legendary Toronto music venue, which has seen the likes of The Rolling Stones, Marilyn Monroe, U2 and Jimmy Hendrix, has been under renovations for four years. The spot anticipates a soft opening just before Canadian Music Week, happening early May 2019.

The financial hardships of the early 2000s brought the venue to close its doors after being home to Toronto’s rock and roll scene for more than half a century.

Many thought the space was closed for good.

But when the venue, which is at the corner of College and Spadina, was bought out by Dragon Den’s Michael Wekerle, its fate was changed. Renovations began and the promise of the iconic spot’s return has had rock and roll fans reeling all over the city.

Exciting progress was made this week as an exceptional dupe of the spot’s iconic neon palm – created by a Cambridge sign company – was lifted above the building’s doors and lit up on Thursday evening.

An eager crowd gathered to bask in the sign’s glow. Among them was Mayor John Tory, who shared his own excitement on Twitter.

The El Mo’s neon palm is shining down onto Spadina once more! Happy to see so many music lovers at @theelmocambo to help light up this Toronto landmark again. Great job by @MWekerle and his team for bringing the El Mo back to life. pic.twitter.com/81gUKcuIPU

Also in the crowd was Erin McCluskey, creative director at Laundry Design Works, the design company responsible for El Mo’s new look. She was accompanied by company partner, Gary Kuiper.

“All of the design decisions are geared around capturing the essence of what El Mo was,” Kuiper told Daily Hive.

“It’s so historic… it’s been around since 48. Everybody’s played there, so of course there will be an homage to the famous bands that have been there. It’s going to be more of an upscale version of what it was.”

Kuiper said that the interior is going to be unlike anything else in Toronto.

It’s not only the interior of the space that’s been revamped. The outside has had work done, too. The new version of the iconic sign speaks for itself, but there have also been changes to more subtle details. 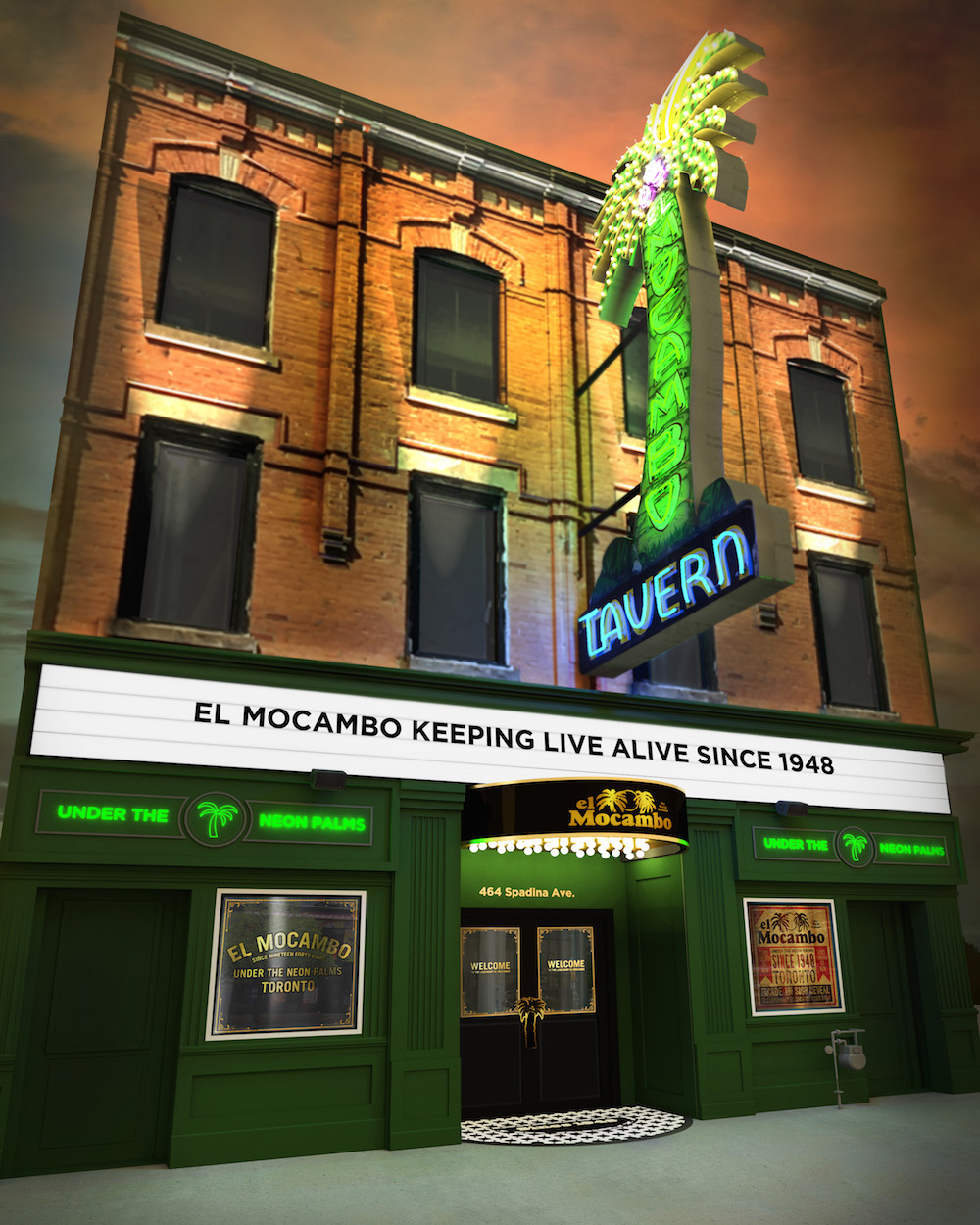 After years of paint being layered over more paint, the original brick face of the venue has been restored. It’s a nod to the history of the building.

According to McCluskey, passion has been the main drive behind this renovation and restoration project.

“Toronto pride and love of the music scene being shown through the work,” she said. Of owner Michael Wekerle she said, “the project is really a labour of love.”

And the ultimate intention behind El Mo’s re-opening?

“The goal is to celebrate live music, and bring live music back to life,” said Kuiper.