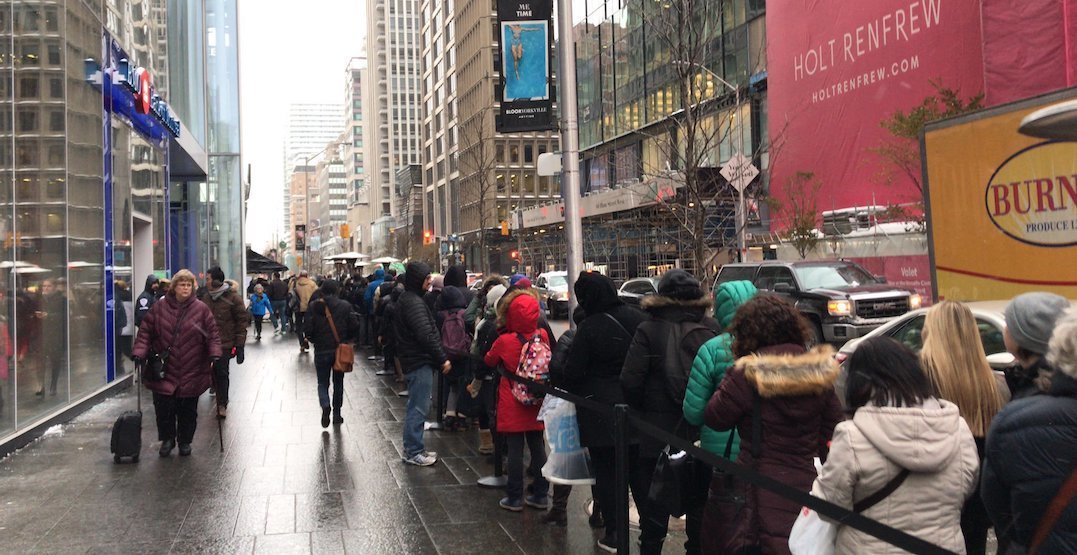 Eataly has officially opened the doors of its first Canadian location, and Toronto showed up.

Sprawling out over two floors of shopping space, plus a lower-level brewery, and featuring the talents of more than 100 chefs, the long-awaited Italian marketplace opened at 5 pm on November 13.

Eager carb-lovers started lining up long before then and remained patient in lines outside even hours after the store had opened.

In the middle of record-breaking cold temperatures and blowing snow, Torontonians huddled around heat lamps and enjoyed samples brought out on trays while waiting to enter the giant establishment.

Each Eataly location contains a combination of restaurants, cafés, to-go eateries, fresh counters, a grocery market with more than 10,000 products, and a cooking school.

Here’s a look at the crowd outside Canada’s first: 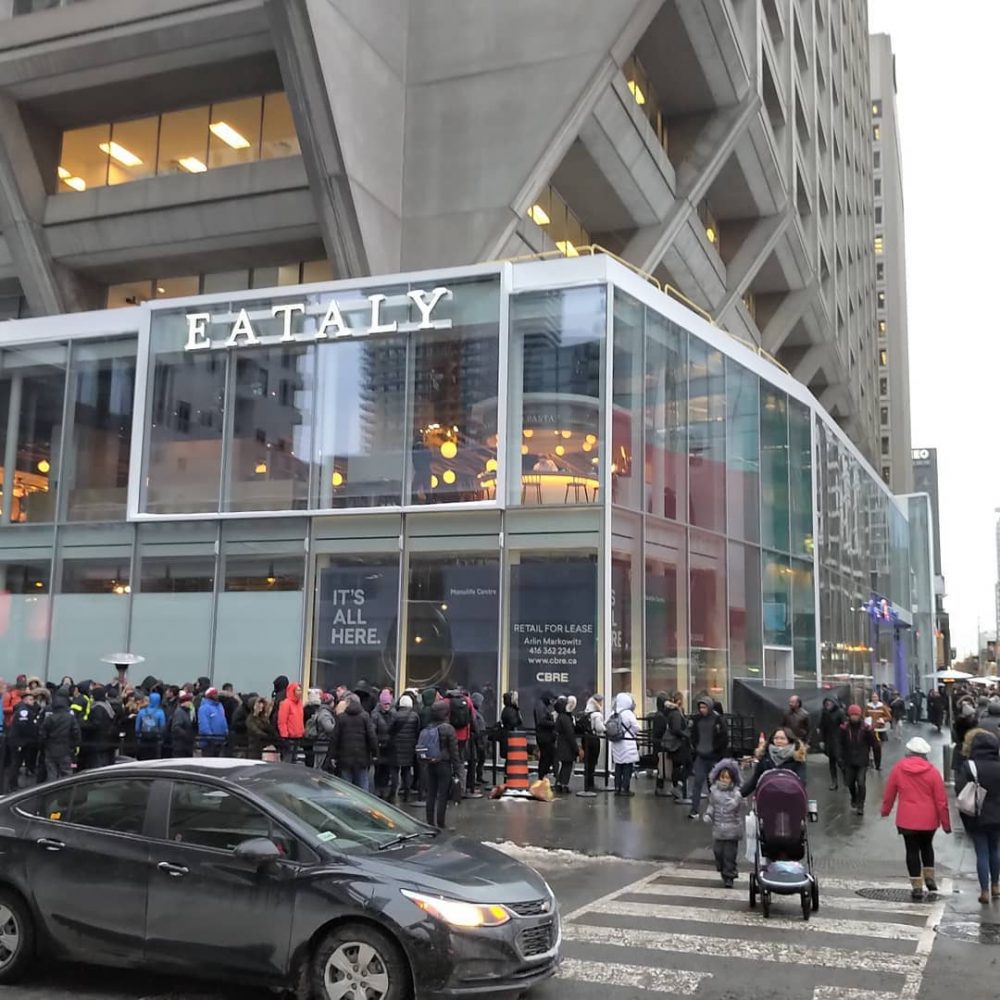 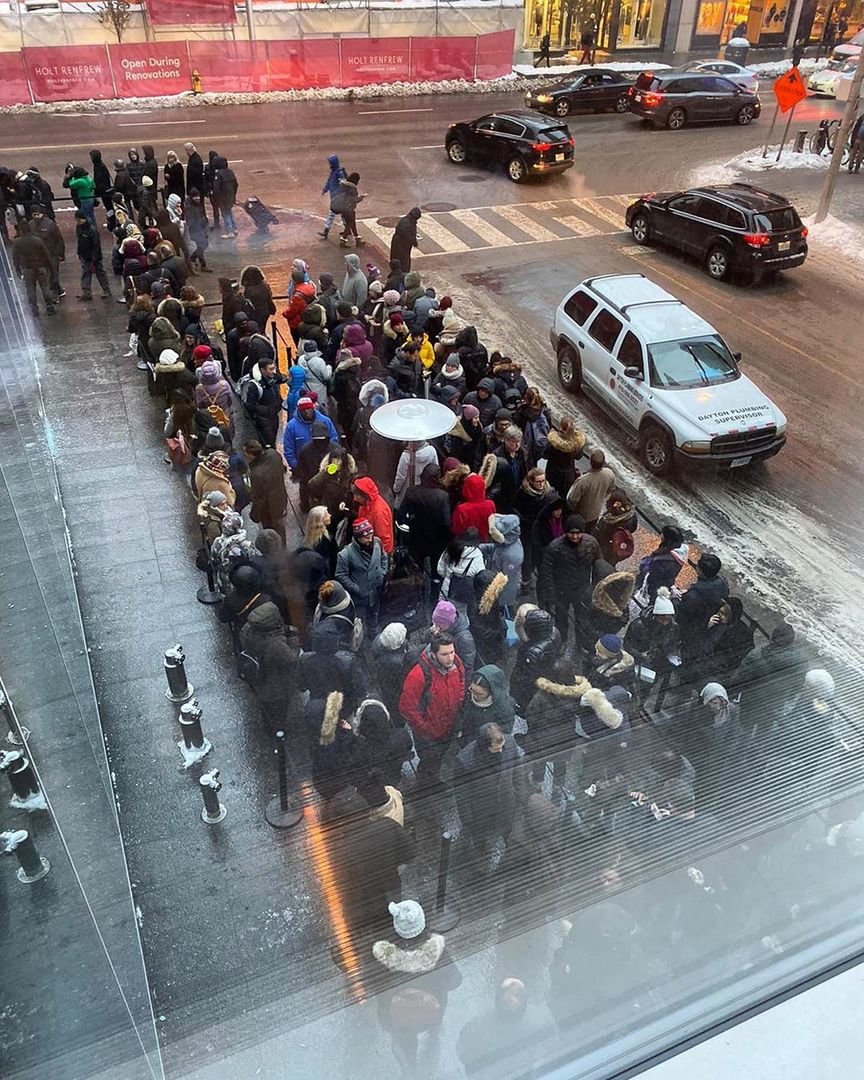 Toronto will line up for anything. In anticipation for @EatalyToronto on Bay and Bloor, here is the growing queue on the street, just less than two hours from opening. pic.twitter.com/zEkMpJxJIU