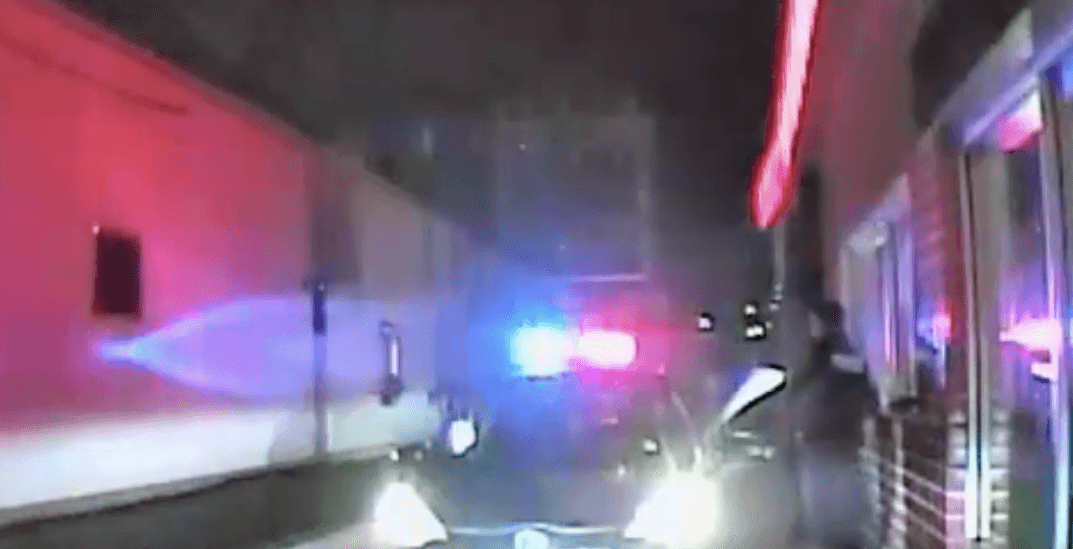 A 34-year-old Toronto female has been charged with impaired driving offences after refusing to move her car at a Vaughan drive-thru.

According to York Regional Police, this is one of 26 incidents where drivers were charged with impaired-related criminal driving offences over the long weekend.

Police say, on Friday, August 2, just after midnight, officers were called to a restaurant in the area of Highway 7 and Keele Street for a report of a driver refusing to move her vehicle from a drive-thru.

The caller advised police that the driver hadn’t ordered any food, but was stopped at the drive-thru window and would not respond to restaurant employees.

When police arrived, they spoke with the female driver who allegedly showed signs of impairment.

In a video released by York Regional Police, the officer on scene requested to see the driver’s licence, to which the driver replied: “I wasn’t driving, I was just ordering some food.”

The officer asked “How did the vehicle get here?” and the driver replied, “I don’t know, I was just ordering some food.”

The driver continues to refuse to show her ID, saying she didn’t have to.

At one point, the police officer asked again, “how did you get here?” to which the driver said, “I obviously drove, But like I wasn’t ready to drive anywhere further.”

Police say the driver was placed under arrest and transported to headquarters for a breath test where she blew over the legal limit of alcohol.

The woman was charged with impaired operation of vehicle, and above 80 mg.

“More than 5,000 people call 9-1-1 to report impaired driving each year,” said York Regional Police in a statement. “So far in 2019, more than 3,300 calls to 9-1-1 have helped to safely remove impaired drivers from our roads, which has led to more than 1,000 impaired-related criminal charges being laid.”