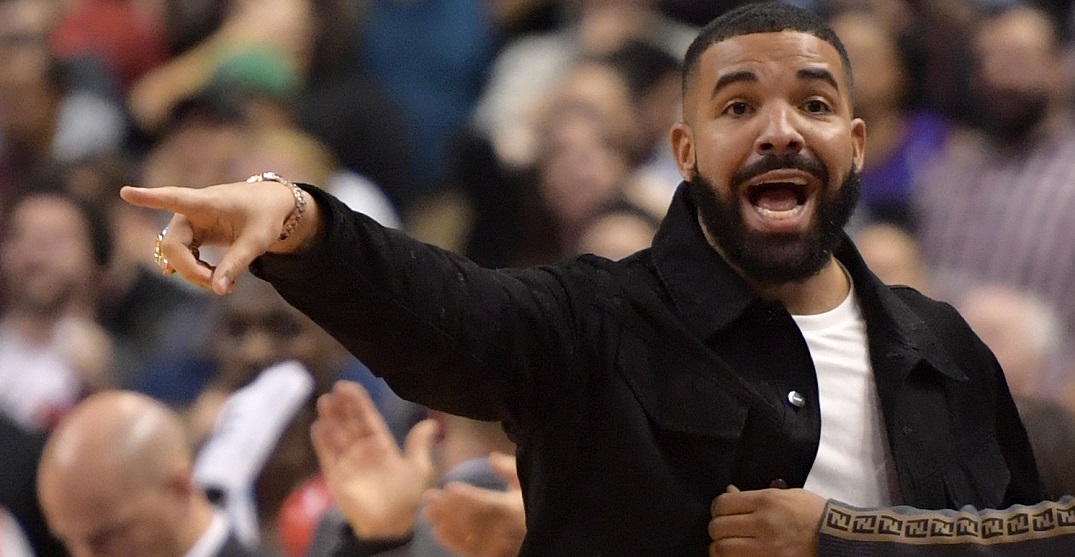 Toronto doesn’t have a WNBA team, but Drake is looking to change that.

This morning, Drake put out an Instagram story, tagging the WNBA account and simply saying, “I need a Toronto team.” 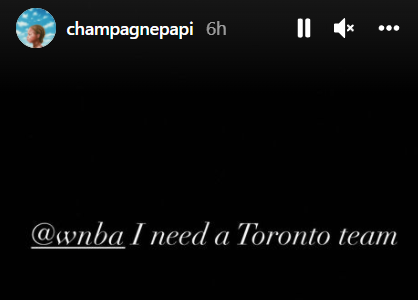 Of course, Drake could possibly buy one himself or pull the right strings to get someone else to.

Forbes put Drake’s net worth at $150 million in 2019, with WNBA team values listed anywhere from $17 to 35 million, per HerHoopStats.

Drake has a sort of informal-yet-formal role with Maple Leaf Sports and Entertainment (MLSE) as a team ambassador for the Toronto Raptors, often sitting courtside for their games.

MLSE currently owns the Raptors, Raptors 905, Maple Leafs, Marlies, Toronto FC, and Argonauts but does not have any direct ownership ties to any women’s professional sports.

MLSE does have an official partnership with the Professional Women’s Hockey Players Association tour, though their role is in providing resources and facilities rather than ownership of the organization.

The WNBA has yet to expand north of the border, with 12 teams playing in American cities. Toronto was reportedly identified as a potential expansion city earlier this year.

The league typically plays a 34 game season schedule, meaning there would be 17 home dates, possibly at Toronto’s Scotiabank Arena.

A Toronto expansion was rumoured in 2019 led by a local ownership group, but no formal plans were ever released. However, that group’s Twitter account remains active as of October 2021.