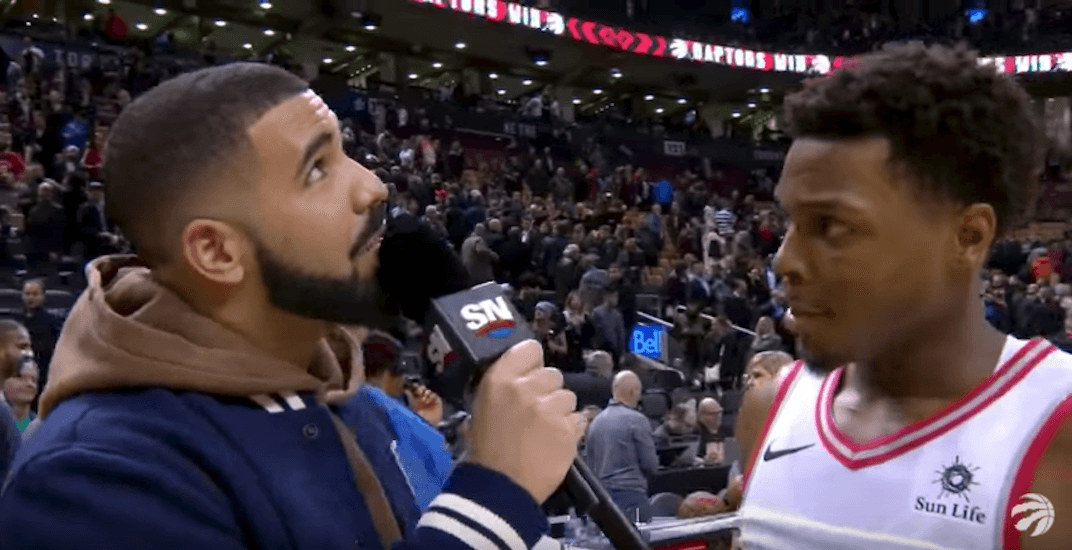 After touring in Australia, Drake is back in town.

So naturally, he decided to attend a Toronto Raptors game.

“It’s my favourite place in the world,” Drake said during Wednesday night’s broadcast. “I’m just happy to be home.”

Drake saw the Raptors beat the Charlotte Hornets 126-113 from his usual court-side seat. And, as he has known to do from time to time, he joined the television broadcast.

Except this time, he did so for an extended period of time.

Drake joined Sportsnet’s Matt Devlin and Leo Rautins, who were calling the game close by to Drake at the Air Canada Centre, for an entire quarter.

The Toronto hip hop star grabbed a headset with under two minutes to go in the third quarter, and he didn’t take it off until after the final buzzer sounded.

Then, Sportsnet asked him if he’d like to conduct the post-game interview with Kyle Lowry.

This was the result:

Drake’s interviewing skills need a bit of work, as he forgot to hold up the microphone to Lowry as the Raptors point guard spoke.

We’ll forgive him though.

Here’s the highlights of his commentary during the entire game: