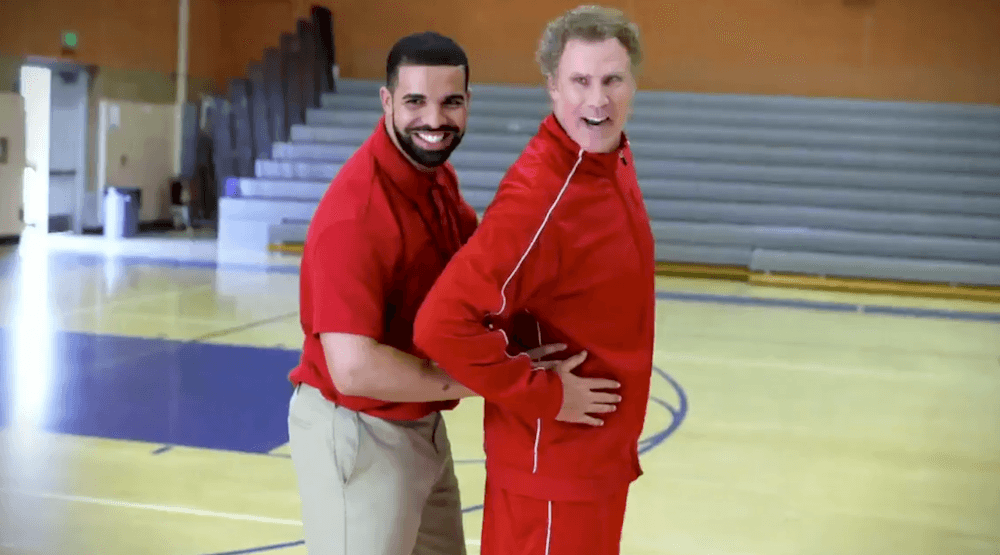 The Canadian rapper hit all the right notes as host of the first-ever NBA Awards show on Sunday.

From making fun of LeBron James to performing in pre-taped skits, it was clear the diehard Raptors fan was the right choice to host the NBA’s new glamour event.

The funniest part of the night had to be the skit where Drake and Will Ferrell gave handshake advice to Raptors All-Star DeMar DeRozan.

Watch as Drake stars as “Coach Palmer,” an NBA Handshake Specialist, alongside Ferrell as “Coach Murphy,” an NBA Dexterity Technician.