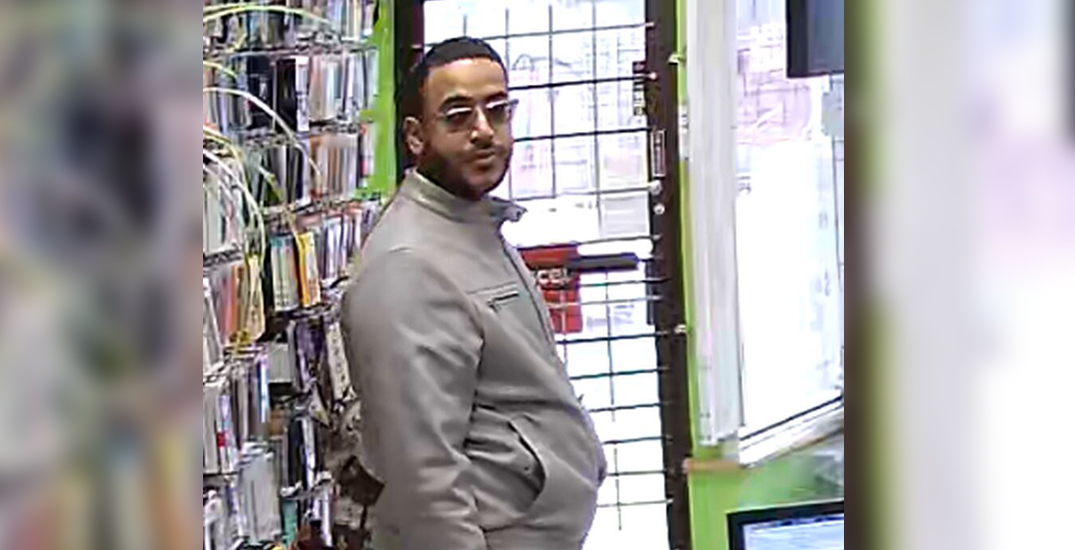 A 25-year-old woman was sexually assaulted near Bathurst and Front streets this week, and police are asking for the public’s help to identify the suspect.

The Toronto Police Service released a still image from security footage of the suspect on Sunday.

In a news release, TPS said the woman was walking with the man around 1 am on Monday, December 9. She tried to walk away from him, but he sexually assaulted her, according to police.

After, the man fled the area.

Police describe the suspect as between 30 and 35 years old with a heavy build. He had a short beard and short black hair. At the time he was wearing a grey sweater, black pants, and glasses with a clear frame.