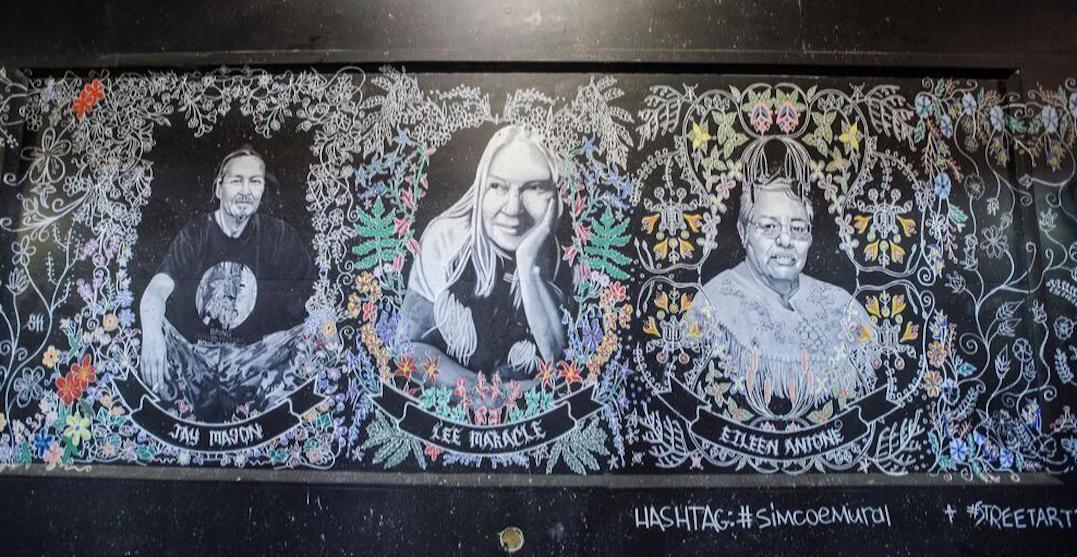 Councillor Joe Cressy was joined by the mural’s lead artist Tannis Nielsen, young artists from the local Toronto Indigenous community, as well as other local community members to unveil the piece on Orange Shirt Day on Monday, September 30.

Orange Shirt Day is held annually to promote awareness about the residential school system and the impacts it had on Indigenous communities in Canada for more than a century.

Nielsen, who is of Metis/Anishinaabe and Danish ancestry, began the underpass project in 2017 and invited young artists from Toronto’s Indigenous community to help paint the final piece.

Other members of the local community also contributed to the artwork.

“It is my intention that all who see this mural will gain a better understanding of where they are located geographically, be reminded that Toronto is located upon Indigenous territory, and deepen their consciousness politically, socially, and environmentally,” Nielsen said in a release.

Inspired by the work of Josephine Mandamin,The Water Wall mural is on the east side of the underpass.

Mandamin is an Anishabaabewe grandmother who has walked almost 18,000 kilometres around each of the Great Lakes in order to bring attention to the physical plight of the planet’s greatest resource: water.

The west wall of the underpass, called the Elder/Honour Wall, consists of 28 portraits of Indigenous Peoples named by the local community while honouring the Toronto community’s Indigenous Elders and leaders.

The Lower Simcoe Street underpass was constructed in 2009.

It connects Toronto’s financial district to the waterfront and is a key corridor linking visitors and residents with Union Station and a number of major attractions and notable landmarks.