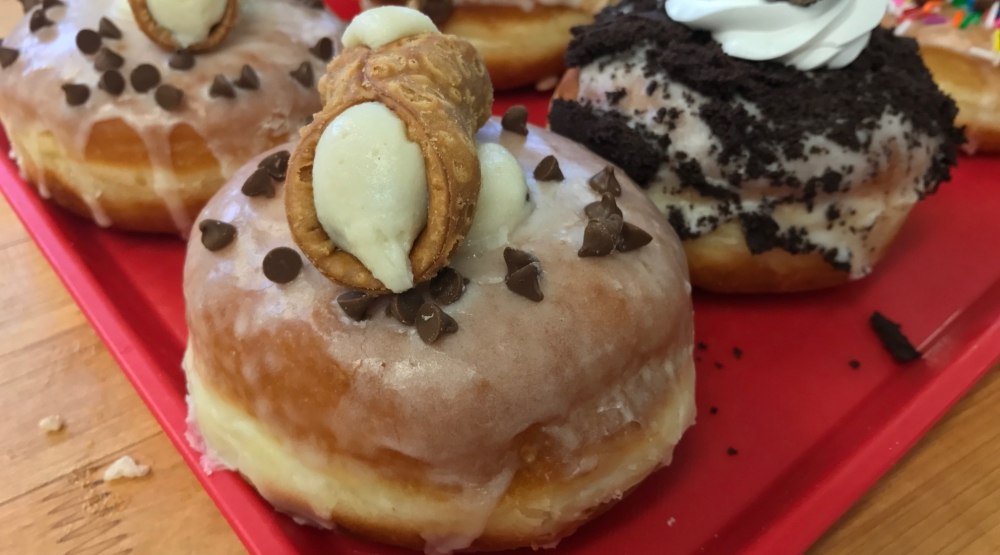 National Doughnut Day rolls around each year on the first Friday in June.

Unlike some arbitrary food days, this time-hounoured tradition has been celebrated since 1938 in honour of those who served doughnuts to soldiers during the first World War.

In Toronto, some bakeries and cafes are serving up special features, while others are offering freebies, and/or accepting donations for charity.

The Italian bakery on Royal York has got big plans for the big day. Look forward to doughnuts encasing whole Crunchie and Caramilk bars plus dulce de leche fritters. Pre-orders accepted until Wednesday, May 30 at 7 pm. 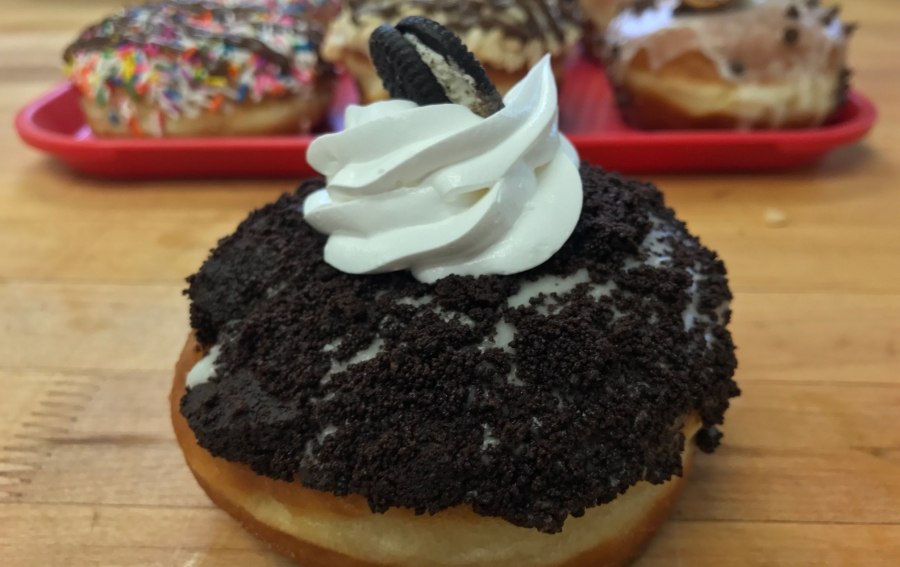 Stop in at any participating Krispy Kreme Canada location for a choice of any doughnut on the menu for FREE. No conditions apply.

The doughnut specialist in Parkdale will be giving away 100 free buttermilk cake doughnuts set with an edible GHD logo topper as well as other goodies while supplies last.

Two Toronto locations will be giving away mini doughnuts on Friday plus donating 10% of sales from its special happy face doughnuts to the Salvation Army.

This sweet treat maker is serving up Glory Hole doughnut ice cream sandwiches as well as a milkshake called the D.R.E.A.M (Donuts Rule Everything Around Me) described on the menu as a “vanilla milkshake topped with mini donut heaven.”

The doughnut shop on The Danforth is breaking out feature flavours for their specialty kabobs. Look forward to special flavours including, blueberry lime, caramel salt and peppa, vanilla, and cinnamon.