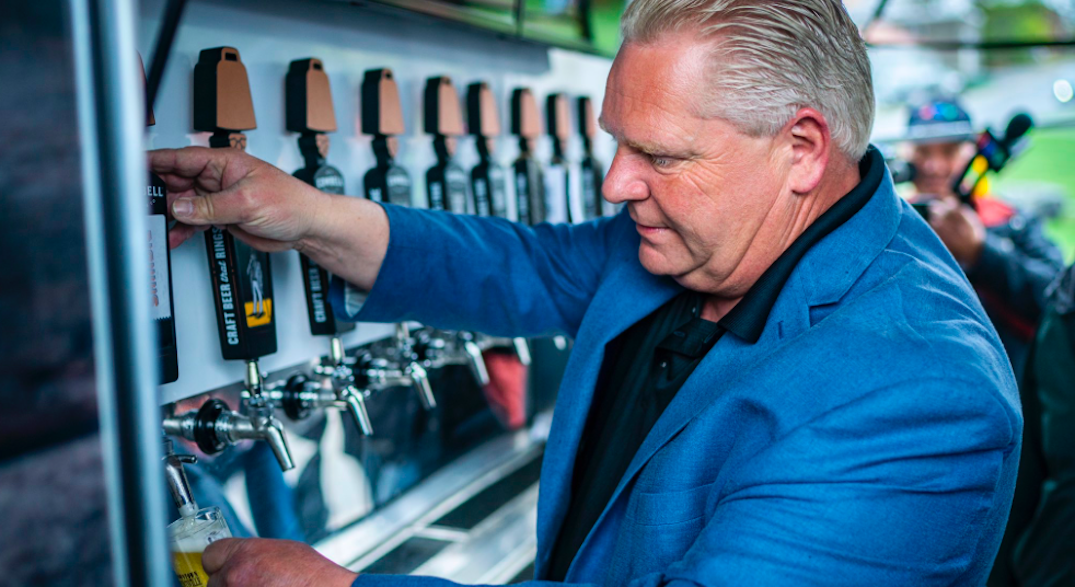 Ontario Premier Doug Ford said that it is not a big deal for people to drink responsibly in parks.

On Friday, during the daily press briefing, Ford addressed a question regarding Hamilton police issuing 369 tickets for public drinking so far this year.

The premier said he doesn’t agree with ticketing at this point, but the decision is up to the municipalities.

“I can’t agree with giving someone a ticket for drinking outside, especially during COVID, and they’re stuck in an apartment,” Ford said.

“If they’re responsible and stick to themselves, they’re quiet and they have a cold beer, like give us a break, just a little bit of a break.”

Ford added that he needed to stick up for the people of Hamilton, saying the city should be more flexible during the pandemic as everyone needs a “bit of breathing space.”

Ford said he does not blame the police in this situation, but that the decision is up to the mayor and city council, noting the mayor should give his constituents a break.

“Give them a break, they’ve been cooped up for months. Have a little bit of flexibility mayor… If you’re responsible and if you want to have a glass of wine or cold beer; big deal, who cares?”

The premier then added, “what’s the real difference between making it legal to smoke a joint, doubie, reefer whatever they call it these days… I wouldn’t want my kids walking by a group of guys smoking cannabis. But if a couple guys are sitting with a cold beer who cares? That’s just my opinion.”