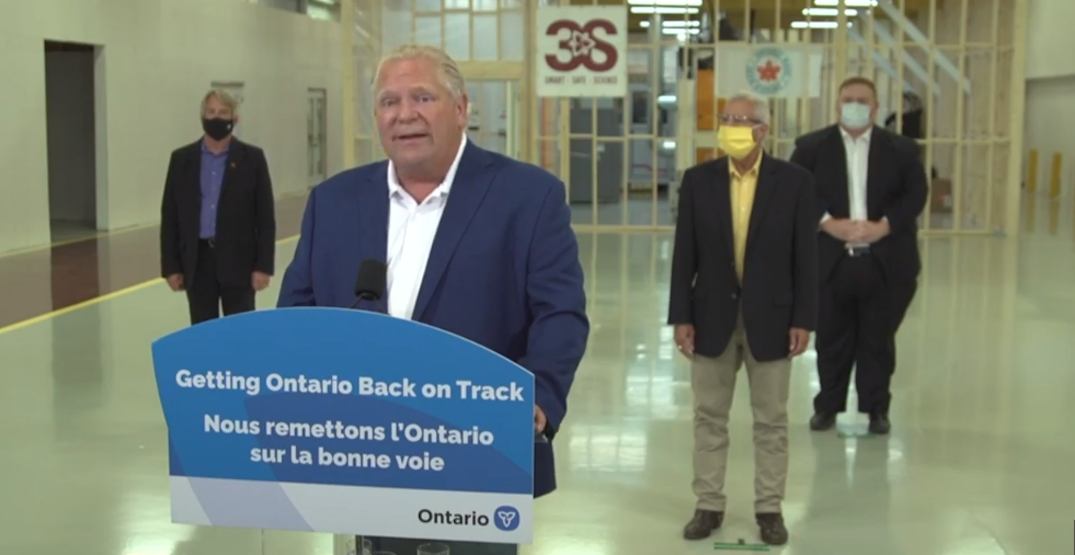 Premier Doug Ford urged Ontarians not to party this Labour Day long weekend, and especially not to share drinks or “doobies.”

The province confirmed 148 new known cases of COVID-19 as of Friday morning, an increase since the day prior. The majority of cases are in Peel region, specifically in Brampton.

And heading into the long weekend, Ford said to avoid parties, especially in these hard hit areas.

“We can’t have these backyard parties, and not wearing face masks,” Ford said during his press conference on Friday.

“Anyone who is thinking of having a big shindig this weekend, forget about it, cancel it or we won’t hesitate to shut it down because we are seeing a slow creep.”

According to Health Minister Christine Elliot, of Friday’s numbers, Peel is reporting 72 new cases, 41 in Toronto and 13 in Ottawa.

Ford asked Ontarians to continue to follow the protocol for safety.

“Something is broken when you have 3% of the population with 40% of the cases,” he said.

When asked about how these parties spread COVID-19, and if sharing drinks is part of the issue, Ford said that no one should be sharing anything.

“They shouldn’t be sharing anything. I don’t care if it’s those doobies, joints, whatever you want to call them, drinks or anything,” said the premier. “Just don’t share them.

Ford said that for the most part, everyone in Ontario is still listening to health officials and following protocols.

But as we head to the long weekend, “don’t go to the party,” Ford said. “There will be a lot more parties in the future.”