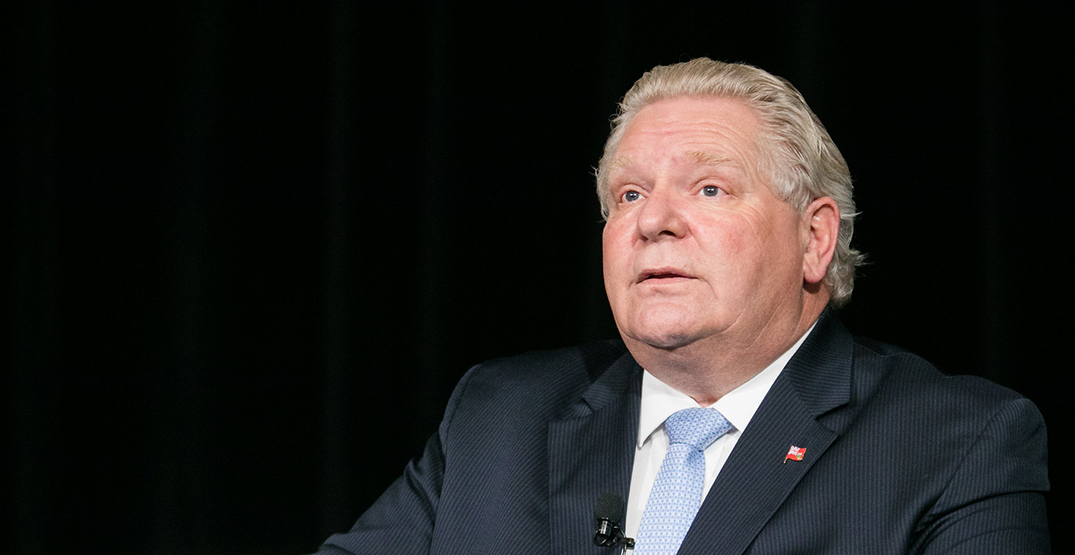 Ontario Premier Doug Ford will be joined by Chief Medical Officer of Health Dr. Kieran Moore to make an announcement on Friday after the province reported 3,124 new COVID-19 cases.

Ford’s office announced that the press conference will begin at 3:30 pm and will be available to watch live on the premier’s official YouTube channel.

Earlier this week, the province’s top doctor Kieran Moore hinted that new restrictions might be coming by the end of the week.

“We’re reviewing all of our policy directions in light of Omicron,” he said.

He said that any new restrictions must be proportionate to the risk of Omicron and reasonable as they review current policies.

“That review is being done, has been started as soon as we heard about Omicron and then will be presented to government for options,” he said on Tuesday.

Premier Ford announced on December 15 that beginning Monday, Ontarians aged 18 and older will be able to book appointments for their COVID-19 booster shots starting December 20.

The Premier’s office also noted that additionally, pharmacies and other channels may provide boosters for Ontarians 18 and over at the three-month interval starting as soon as Friday, December 17, 2021, for walk-ins.

To further strengthen its response to Omicron, the Ontario government said they’ll offer free rapid antigen screening to individuals pop-up sites and select LCBO stores across the province. They also intend to introduce a 50% capacity limit to certain indoor areas of venues with a usual capacity of 1,000 or more.